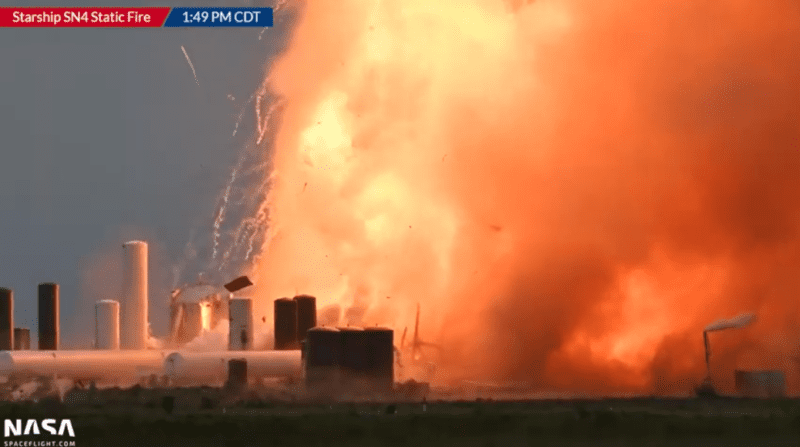 SpaceX has received approval from the Federal Aviation Administration (FAA) for suborbital flight tests of its Starship rocket prototype from the test site in Boca Chica, Texas.

The approval, issued and effective May 28, is good for two years. It comes with the requirement to identify and report any anomaly to the FAA occurring on a prior flight of the vehicle or during any pre-flight processing of the vehicle that could be material to public safety.

The approval came a day before the SN4 Starship prototype exploded on Friday during a static fire test.

SpaceX said its Starship spacecraft and Super Heavy rocket, which are collectively referred to as Starship, represent a fully reusable transportation system designed to carry both crew and cargo to Earth orbit, the Moon, and Mars. SpaceX plans for Starship to be the world’s most powerful launch vehicle.

Speaking in March at SATELLITE 2020, SpaceX Founder and Chief Engineer Elon Musk said the reusability aspect of Starship is key: “We need a whole new architecture, and that is what Starship is about. It needs to be completely re-usable. It needs to be re-launched an hour after landing. It is like commercial aircraft. The only thing you expect to change on a regular basis is propellant. It has got to be fast. We are building a production line.”