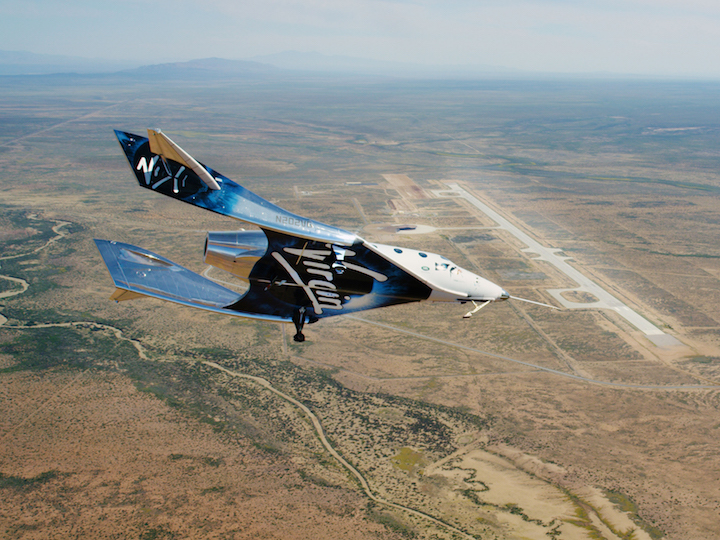 SpaceShipTwo completed its first flight from Spaceport America on May 1. Photo: Virgin Galactic

On Friday May 1, Virgin Galactic and The Spaceship Company completed the first SpaceShipTwo test flight from Spaceport America in Las Cruces, New Mexico. This was the first time the spaceship flew freely in New Mexico, a key milestone in its flight test program in preparation for commercial spaceflight service since its headquarters was relocated to New Mexico in February.

The flight took off from the Spaceport America runway, with VSS Unity attached to the carrier aircraft, VMS Eve. Unity was released at 50,000 ft, and flew freely, completing multiple test-points, before landing. This glide flight provided the first opportunity to test  the components required to fly the carrier aircraft and spaceship in glide configuration, from a new home base and in new airspace. Virgin Galactic implemented protocols for this test due to COVID-19, including changes to work areas, social distancing and universal mask usage.

George Whitesides, CEO of Virgin Galactic and The Spaceship Company said, “I’d like to congratulate our team for reaching this flight milestone, especially during these challenging times. I am grateful for the commitment displayed by everyone involved, not only in helping to support relief efforts in both New Mexico and California, but also for the dedication and creativity which will allow us to continue safely towards our goal of commercial launch.”