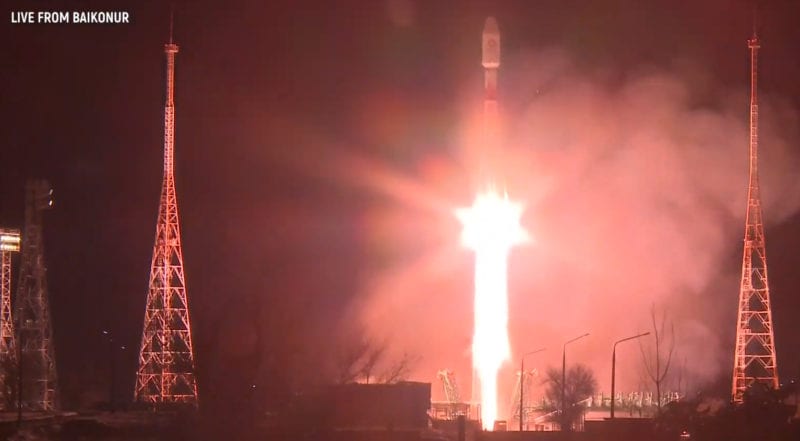 Arianespace has successfully launched 34 new satellites for global network operator OneWeb on a Soyuz rocket. Liftoff took place at approximately 4:43 p.m. EST from the Baikonur Cosmodrome in Kazakhstan. The satellites are now on their way to their intended transfer orbit, and then eventually their final intended orbit 750 miles, or 1,200 kilometers, above Earth.

OneWeb has nine more planned launch missions on the calendar for 2020, each of which will send between 30 and 36 satellites into space. The operator and launcher will be just as busy in 2021, with 10 more planned launches within the year.

This latest mission is OneWeb’s first fully dedicated launch and second overall for its initial planned constellation of 648 satellites. Arianespace launched the first six satellites of the OneWeb constellation in February.

Five month after that first launch, OneWeb successfully tested the initial satellites and determined that they were able to deliver high-speed, low-latency services, with speed of more than 400 Megabits per Second (Mbps).  The tests were conducted in partnership with Intellian, the developer and manufacturer of OneWeb user terminals and SatixFy, developer and manufacturer of the 125 Megahertz (MHz) SCPC test modem.