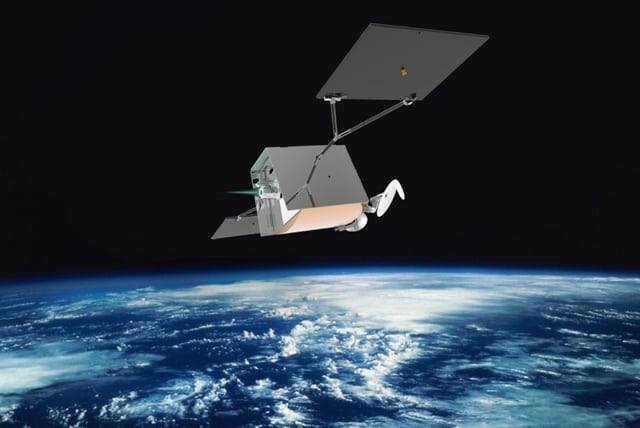 Rendition of one of OneWeb’s broadband nanosatellites. Photo: OneWeb.

OneWeb revealed the successful test of its six satellites in Low Earth Orbit (LEO). All satellites delivered high-speed, low-latency services, with speed of more than 400 Megabits per Second (Mbps) which enabled the fastest real-time video streaming in Full High Definition (HD) from space, according to the release. The tests, which took place in Seoul, South Korea, represent the most significant demonstration of the OneWeb constellation to date.

The recent satellite tests were conducted in partnership with Intellian, the developer and manufacturer of OneWeb user terminals and SatixFy, developer and manufacturer of the 125 Megahertz (MHz) SCPC test modem. The tests included: latency, speed, jitter, seamless handover between satellites and power control.  OneWeb is aggressively moving forward on the implementation of its first phase of the network which will start with an initial 650 satellites and grow up to 1,980 satellites. This first phase of the constellation aims to provide global coverage; and further additions to the network will be focused on adding capacity to meet growing customer demands.

“Our tests prove that OneWeb will enable very high speed and low latency connectivity everywhere and we are on schedule to offer the service globally in 24 months. OneWeb is going to transform the way we think about connectivity and how we use it.”  said Adrian Steckel, CEO of OneWeb.