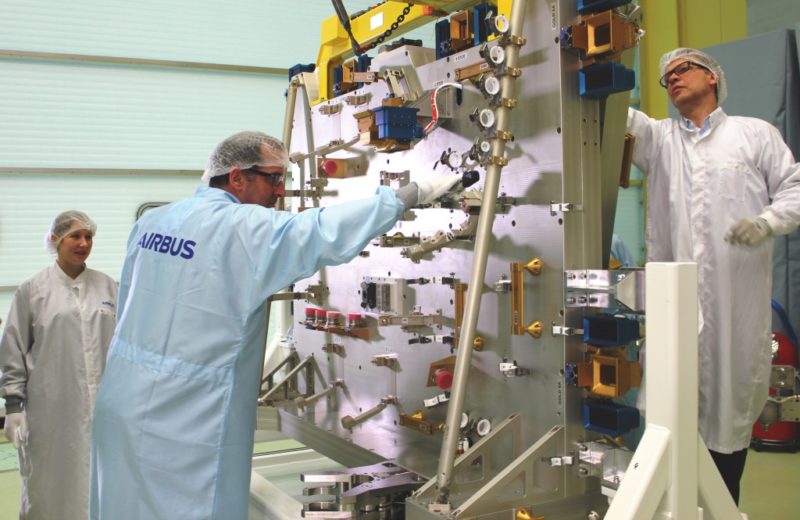 The Bartolomeo research platform is shipped to Florida. Photo: Airbus

The Bartolomeo research platform, developed by Airbus for the International Space Station (ISS), has been delivered to the Kennedy Space Center in Titusville, Florida, ahead of its planned launch in March. The European-built Bartolomeo is set to become the first commercial research platform to be attached to the ISS.

Bartolomeo will now be subject to further inspections and final functional tests with NASA at the Kennedy Space Center before being integrated into a SpaceX Dragon space transporter. The launch is currently scheduled for March 2.

Bartolomeo is funded by Airbus and will be operated with the support of the European Space Agency (ESA). The platform is designed to host up to 12 different payload slots and provide them with a power supply and data transmission back to Earth. Bartolomeo’s vantage point of roughly 248 miles above the Earth allows for measurements related to environmental and climate research such as the concentration of nitrogen oxide or CO2 in the Earth’s atmosphere. Last week, the ESA and Airbus announced a contract booking a Norwegian instrument instrument from the University of Oslo and the Norwegian company Eidsvoll Electronics for the platform.