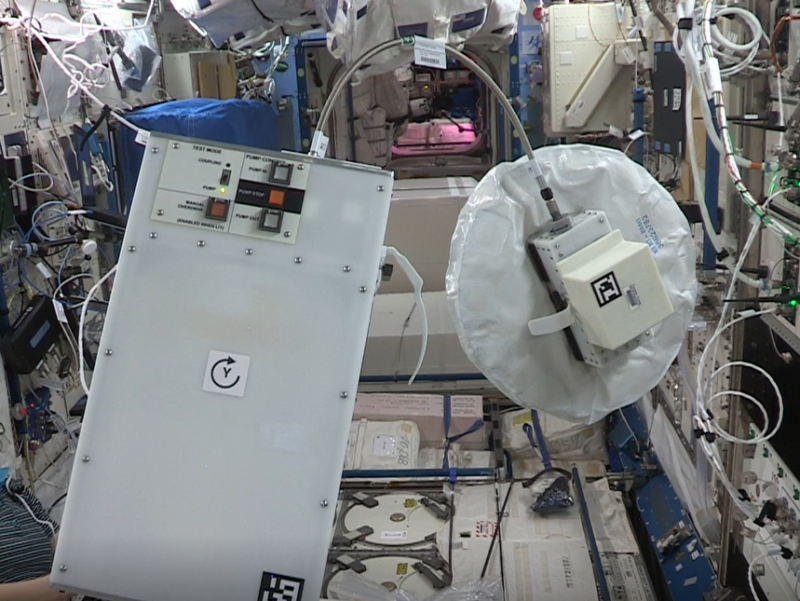 Within a year of securing venture funding, Orbit Fab launched their hardware twice to the International Space Station (ISS) and supplied the station with water. Orbit Fab was awarded a contract with the ISS U. S. National Lab to test the key systems of their tankers in microgravity that include pumps, valves, and plumbing. Their in-space demonstration analyzed the effects of residual momentum and slosh in the tanks with various levels of propellant. Data gathered on both residual momentum and transferring of propellant between the two test-beds is critical for the development of their Generation-1 tanker.

Water was used for this propellant transfer demonstration as it is one of the most inert and easy to handle propellants available. Several companies offer satellite thrusters that use water as a propellant, among them is Cofounder Daniel Faber’s former company, Deep Space Industries, which was recently acquired by Bradford Space. Orbit Fab plans on offering a variety of storable propellants on orbit that includes water, xenon, green monopropellants, hydrazine, Nitrogen Tetroxide (NTO), and hydrogen peroxide.

Following the success of the multi-day microgravity refueling demonstration, Kenneth Shields, COO of the ISS U.S. National Laboratory, said in a statement, “With their recent successful completion of in-orbit water transfer operations aboard the space station, Orbit Fab became the first private company to supply the ISS with water using its own proprietary refueling equipment and processes. This concept of operations was not previously conceived of in the original design of the ISS, thus demonstrating NASA’s flexibility and desire to accommodate private sector clients who are utilizing the ISS U.S. National Laboratory as a steppingstone to an industrialized Low Earth Orbit (LEO).”