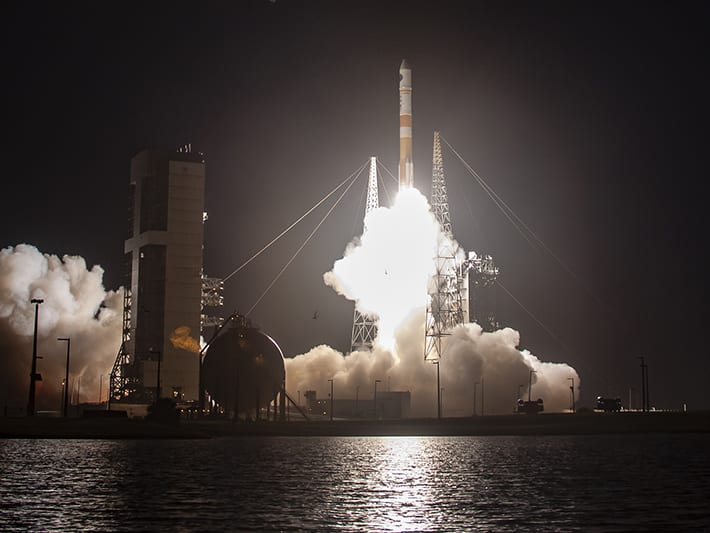 A United Launch Alliance (ULA) Delta IV rocket carrying the WGS-10 satellite for the U.S. Air Force successfully lifted off from Space Launch Complex-37 on March 15 at 8:26 p.m. EDT. According to the release, ULA has been the exclusive launch provider for all 10 Wideband Global Satcom (WGS) satellites.

“We are very proud to deliver this critical asset to orbit in support of the U.S. and Allied warfighters deployed around the world defending our national security,” said Gary Wentz, ULA vice president of Government and Commercial Programs. “Thank you to the entire ULA team and mission partners for their outstanding teamwork and dedication to mission success.”