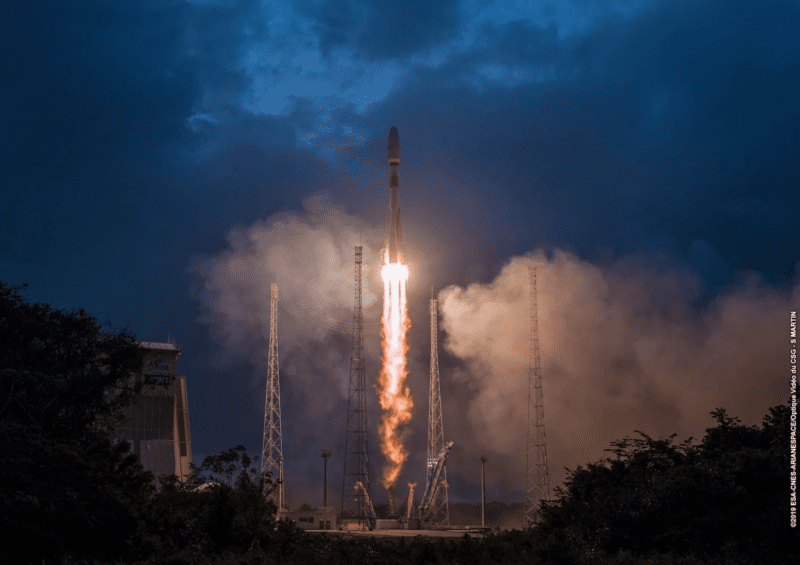 OneWeb successfully launched its first six broadband satellites aboard a Soyuz launch vehicle from the Guiana Space Center in Kourou, French Guiana. Lift-off occurred on Feb. 27 at 21:37 pm UTC. The six OneWeb satellites separated from the rocket in two batches. Signal acquisition has been confirmed for all six satellites. OneWeb’s satellites are manufactured by OneWeb Satellites, a joint venture between OneWeb and Airbus Defense and Space.

According to the release, this launch marks both the beginning of the largest satellite launch campaign in history and the transition from successful proof-of-concept to the commercialization of OneWeb. Launching more than 30 satellites per rocket, OneWeb’s monthly launch program will grow its constellation to more than 650 satellites to allow customer demos in 2020 and provide full global commercial coverage by 2021.

The OneWeb network aims to provide a combination of high data throughput, low latency, global coverage to the poles, and a range of user terminals for multiple markets. OneWeb’s satellites will communicate with Earth via the Ka- and Ku- spectrum bands. The Ka-band will be used for communication between the ground network (which connects the OneWeb system to the internet) and the satellites; while the Ku- band will be used for communication between the satellites and the user terminals that will deliver internet connectivity to consumers.