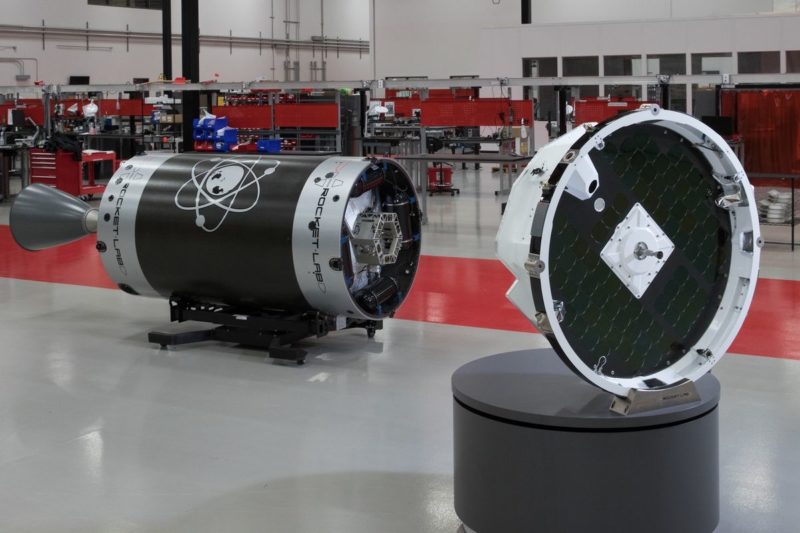 Rocket Lab will begin building a satellite platform called Photon, with the intent of launching small satellites into low-Earth orbit within four months of an order. The end-to-end mission solution helps enable small satellite customers to focus on delivering their service from orbit and generating revenue, rather than building their own satellite hardware.

“This is kind of the next level of democratization of space, said Peter Beck, Rocket Lab founder and CEO during a media roundtable Monday at the Space Foundation’s 35th annual Space Symposium here. “The Photon is a fully functional spacecraft bus – you can bring just your payload or your idea.”

The in-house designed and built platform is intended for missions such as technology demonstrations, risk reduction pathfinders, constellations and hosted payloads, with an available payload mass of up to 170 kg, or about 374 pounds. It was developed as a configurable platform and could serve missions such as communications, remote sensing, and Internet of Things (IoT).

The first operational Photon will be launched from Rocket Lab Launch Complex 1 in New Zealand in the fourth quarter of 2019, Beck said. Future missions are in active planning for 2020 with both commercial and government customers, he added.

Manufactured in the company’s Huntington Beach, California facility, Photon was designed as an integrated part of the Rocket Lab mission experience from the start of the company’s Electron launch vehicle program, Beck said. Electron received flight certification in 2016.|

“Small satellite operators want to focus on providing data or services from space, but building satellite hardware is a significant barrier to achieving this,” he said. “The time, resources and expertise required to build hardware can draw small satellite operators away from their core purpose, delaying their path to orbit and revenue.”
Lars Hoffman, Rocket Lab’s senior vice president for global launch services, said the goal is to make the process “as seamless, as streamlined as possible” for smallsat operators.

“We’re offering Electron dedicated launches, rideshare launches on your schedule at a price point that’s very affordable for all of our customers. And now we’re expanding our options … with Photon, with the chance to get your payload on orbit and not have to worry about anything else.”

Photon is an evolution of the Electron launch vehicle’s Kick Stage, which has been successfully deployed on four orbital Electron missions, according to Rocket Lab. The spacecraft can support missions with an orbital life span of up to five years, and includes an S-band communication system, a high-performance attitude control system, and a robust avionics suite.

As Photon comes online, Rocket Lab expected to accelerate the pace of launch, with Electron currently scheduled to launch about once per month through 2019 and more planned for 2020, Hoffman said. The company in March successfully launched a Defense Advanced Research Projects Agency (DARPA) R&D payload into LEO, and is scheduled to deploy several small research payloads on Electron later this month under the Pentagon’s Rapid Agile Launch Initiative.

Photon will be an important asset as Rocket Lab works to confirm new national security orders, and Beck noted that responsive access to space and a robust spacecraft architecture are critical for defense and natsec missions. “Photon enables you to deploy sensors or experiments in such an incredibly short timeframe,” he said.
Hoffman added: “Very similar to a lot of the airborne sensors that are flown today, we’re talking about building a layer in LEO [and] enabling that for a lot of our customers. And the national security customers are no exception.”

Having rapid access to low Earth orbit would “supplement and complement all that they have on orbit already and provide additional resiliency in the overall architecture,” he added.

Construction continues at Rocket Lab’s new launch complex at Wallops Bay, Virginia, and the site is slated to come online later this year, Beck said. “We’re very excited to have that Eastern board capability here in the U.S.,” he said.