On the Infrastructure Needs of a 5G-Fueled Economy 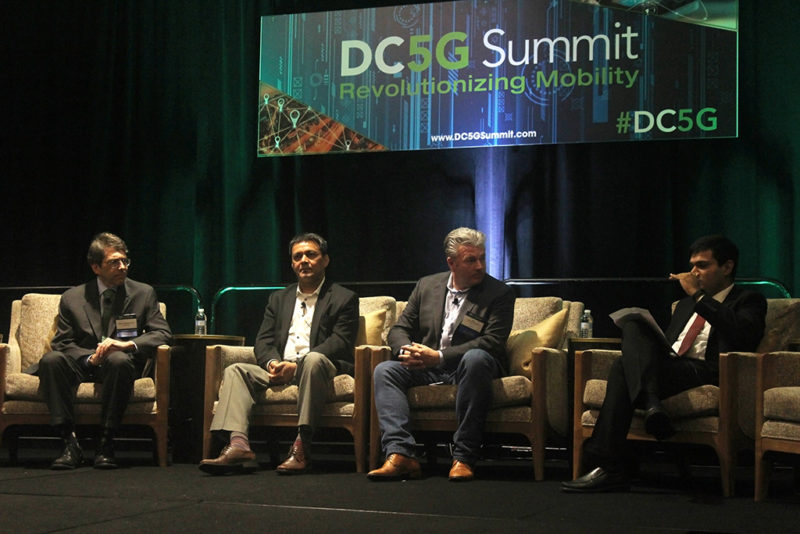 In order for 5G to support new applications such as virtual reality, video streaming and industrial Internet of Things (IOT), operators must consider disaggregating their data centers so they are located closer to the edge of their networks. During a discussion on the infrastructure needs of a 5G-fueled economy at the DC5G 2017 Summit, a panel of experts agreed that leveraging edge computing will reduce backhaul costs and also solve critical latency issues.

“The internet was not designed for what we’re using it for: the peering structures, the tromboning of traffic to the mainframe… A lot of that baseline technology has to move as close as possible to that main attraction between the device and the antenna,” said Phil Lawson-Shanks, chief architect and vice president of innovation at Edgeconnex. “Cell phone companies are struggling because they’re backhauling all of that data, whether it’s Google, a YouTube video, Netflix, as well as voice … That’s not sustainable as a business model.”

According to Lawson-Shanks, many of the new services that 5G networks will provide are becoming much more latency sensitive. This is particularly true for the virtual/augmented reality experience, which can be easily ruined by network lag. And in rural areas, where end user population is sparser and the closest internet connection point can be hundreds of miles away, backhaul costs can become prohibitively expensive. As a result, Lawson-Shanks believes companies such as Google, Amazon, Twitch and other major content generators will require smaller, higher density deployments of data centers that are also closer to the workload of the users.

“All of those on-ramps and caching is moving much closer to the point of consumption, whether that’s next to a cable headend or next to a cell tower. That’s where the edge is going,” he said.

As telecommunications consultant Steve Pastorkovich pointed out, rural areas will inevitably receive new 5G services some time after urban areas. The density of customers isn’t there to support widespread rollout, he said — but IOT and other industrial applications can still thrive. Pastorkovich highlighted smart agriculture as one of the earliest potential use cases, as agricultural businesses can aggregate Machine-to-Machine (M2M) sensors to send data back to the cloud for analytics — for example, saving money by putting the precise amount of fertilizer that is needed. “It’s one of those happy places where business and environmental concerns happily converge,” he said.

Pastorkovich also noted that operators can use existing infrastructure as hubs to deploy new antennas and small cells for 5G networks in rural areas. While 5G installments in large cities will focus largely on streetlights and the sides of buildings, he suggested integrating small cells into structures such as oil rigs and fracking platforms for industrial applications.

Rikkin Thakker, vice president of telecommunications and spectrum policy for the Multicultural Media, Telecom and Internet Council (MMTC), raised the important question of who will be responsible for installing the millions of small cells and other infrastructure necessary to support 5G connectivity. The propagation characteristics of millimeter wave frequencies are a major challenge in urban areas especially, where rain, windows and buildings can disrupt signals — and so density of deployment is critical.

Thakker highlighted the inefficiency of having a dozen or more small cells in one room, for example, each with a different dedicated carrier. “The key thing we need to figure out is how we are going to share this infrastructure,” he said. “It is a very scary reality that we need to address immediately.”

Thakker echoed comments made in previous panels during the DC5G 2017 Summit, pointing to the potential significance of neutral hosts. Operators may no longer have to hoist the full burden of infrastructure deployment — alternatively, they can strike deals with building owners, for example, who will own and operate small cells that can function across multiple carrier networks.

Ultimately, he said, a shared paradigm may be the most cost-efficient path forward. “The investment for 5G is going to require $275 billion over the next seven years. Where are we going to get that money?” Thakker said. “That investment needs to be shared among operators.”