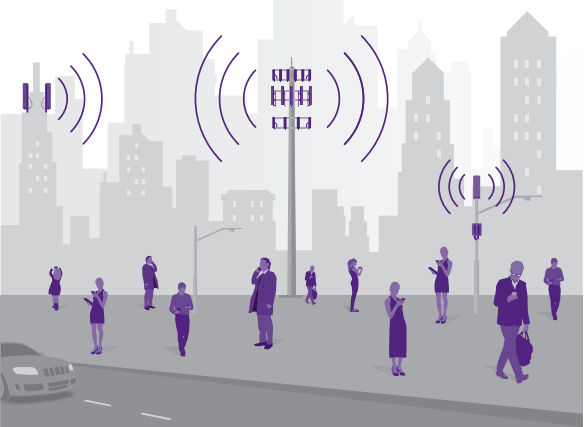 Mark Reudink is the director of product development at Crown Castle, an infrastructure provider that owns approximately 40,000 cell towers, 25,000 small cells and 29,000 miles of fiber. Such infrastructure will be critical to the rollout of 5G services — and here, we share some of Reudink’s thoughts on how he envisions this rollout progressing when the moment finally arrives. On Oct. 11, Reudink will participate in a panel called “The Big Bang: Coverage, Connectivity Strategies, and Visions for 5G Rollout” at this year’s DC5G 2017 Summit.

VIA SATELLITE: 5G services are expected to roll out in the United States in 2019. Is that a realistic timeline?

Reudink: The challenge with calling the 2019 goal realistic is that the standard for 5G that’s being done by The 3rd Generation Partnership Project (3GPP) won’t be finalized until 2020. So there will be a lot of pre-5G deployments out there really depending upon the success the carriers see with these trials they’re doing right now. But as far as the larger standardized rollouts for 5G, you’ll see that sometime after 2020. 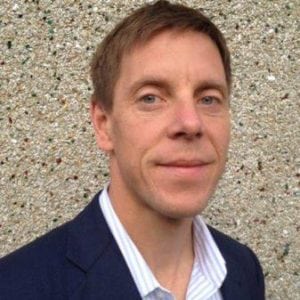 VIA SATELLITE: What are the biggest challenges to a smooth rollout, technological or otherwise?

Reudink: When you look at the 5G vision, that encompasses things for industrial applications, and that can be either mission critical type applications — control of construction equipment, such as cranes, for example — to things like meter reading, [which requires] a low packet data throughput and the latency isn’t that important. So the challenge is being able to combine all of these different technologies and use cases into a single standard. Having said that, most of the technical challenges I think have been addressed; it’s asking how do we apply those to the different frequency bands that are going to be used and these different use cases?

The other part of it is harmonization around the world on different frequency bands. One of the things that made LTE rollout very successful is that you were able to leverage the same underlying infrastructure. You have Apple and Samsung and others developing handsets based upon a relatively limited number of frequency bands, so you can scale that pretty rapidly as far as the deployment goes. [AT&T and Verizon] are talking about the higher frequency bands for 5G initially, although T-mobile has talked about using 600 MHz. And then in Europe, they’re talking about 3.5Ghz for 5G. I think looking at the harmonization of these different frequency bands will be important to try to look at a large-scale rollout that’s cost effective.

VIA SATELLITE: What are some lessons we can take away from the rollout of 4G?

Reudink: If you look at [5G] rolling out similar to the 3G to 4G transition, what we would see is initially using macro sites for large scale coverage and then moving more into small cells for the capacity needs that the carriers would have.

One of the key takeaways from the 3G to 4G rollout is working with the wireless carriers and the manufacturers to create aesthetically pleasing hardware that blends in with the surroundings … especially when you’re talking about the small cells. When you look at small cells that are going on utility poles, street lights, etc. right now there’s a mixture of different types of form factors and sizes, and if that can be aesthetically pleasing it’s more favorable to the municipalities looking to do a large-scale rollout.

Reudink: It depends on the city that you’re working with, but the street lights, utility poles etc. are prime locations for deploying infrastructure for 5G. The challenge that you run into — and not that it’s insurmountable — when looking at rooftops for deployment of wireless services is it’s difficult to scale because you have to work with each individual building owner to mount equipment on top of their roofs or on the sides of their buildings. Certainly that changes a little bit when you’re working with a city government, but they don’t necessarily have the ubiquitous coverage that you would need to provide 5G services across a city.

In rural areas you would initially be leveraging the tower assets until you move into a use case where you need to have that high capacity coverage that would be driven by small cells.

VIA SATELLITE: How would you describe the impact 5G will have on the telecom industry?

Reudink: I think it really opens the availability for new applications, specifically around the low latency side, that aren’t feasible today. If you look at things like augmented reality and virtual reality that need a low latency network to be out there, which is what 5G will enable, then there could be more disruption in the marketplace as a result of that. It also allows more machine-to-machine — so the infrastructure for things like autonomous cars to be able to be rolled out. The carriers play a significant role in that since a lot of the underlying infrastructure is already in place that would leverage this new technology.

VIA SATELLITE: Is there anything in particular you’re hoping to learn from this year’s DC5G 2017 Summit?

Reudink: As an infrastructure provider, certainly understanding what the wireless carriers’ rollout plans are. There are going to be a number of different carriers in the audience to see what other entities are interested in 5G and what kind of rollout they’re looking to as well.

One of the key things we’d like to communicate is how important the underlying infrastructure — the fiber connectivity, the power, etc. — is … and how we can work closely with wireless carriers, municipalities and equipment manufacturers to develop solutions that are aesthetically pleasing to communities as we roll this out, because that will be key for large scale deployments.