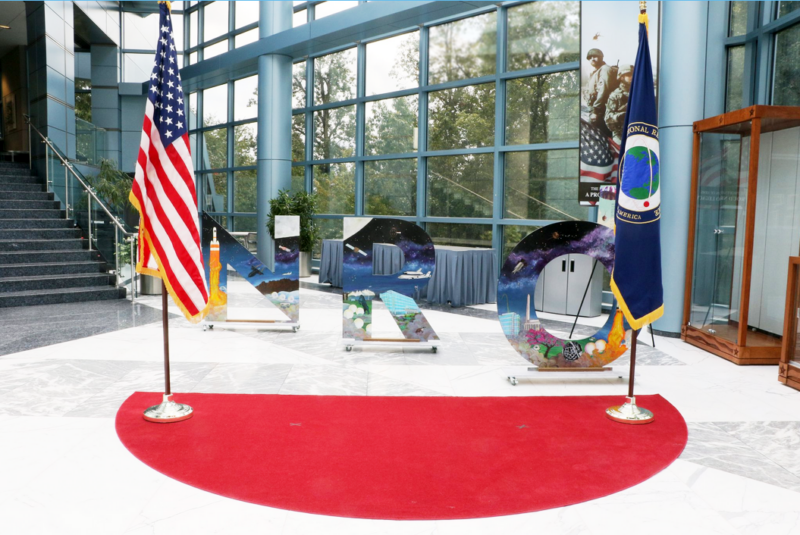 The National Reconnaissance Office (NRO) has issued a solicitation for the commercial provision of hyperspectral imagery. NRO Director Chris Scolese announced the new NRO effort during a Nov. 15 Leadership Dinner speech at the Intelligence and National Security Alliance (INSA).

“We value our commercial partnerships and there have been a lot of investments by commercial entities in a lot of different phenomenologies,” Scolese told INSA during his speech, according to an NRO transcript.

“We’ve had great success with the electro-optical [award] because I think we’ve seen in the Ukraine situation where they’ve been made available, and the collaboration and the partnership between national technical and commercial has really been extremely positive,” he said. “As we’re seeing more and more capabilities out there being developed, we of course want to take advantage of it, and as we’ve learned from … the electro-optical award, working early with potential partners is really good because they get to understand us and we get to understand them…Today, we announced another Broad Agency Announcement, this time for hyperspectral. We’re looking forward to seeing what’s available out there, and we see that as the next such phenomenology.”

Pete Muend, director of NRO’s commercial systems program office, said in an NRO statement in September that “since the early days of Ukraine crisis, NRO’s commercial data providers have been collecting electro-optical and radar imagery as well as commercial RF [radio frequency] data over the region.”

Earlier this month, Jeremy Banik, deputy director of the NRO’s Commercial Systems Program Office, said that the NRO planned to release the hyperspectral imagery solicitation by the end of the year.

The NRO has focused on acquiring new phenomenologies in commercial imagery and sensing data through the Strategic Commercial Enhancements Broad Agency Announcement (BAA) Framework announced last year. The agency awarded contracts under the BAA to commercial companies for synthetic aperture radar in January, and radio frequency in September.

While hyperspectral imaging collects and processes information from across the electromagnetic spectrum, Banik said this month that the NRO is not interested in buying a discrete band such as thermal infrared imagery, but wants to buy many individual bands.

The agile study contract approach the NRO is taking is designed with low barriers to entry to make it easier for small, emerging, or non-traditional providers to work with the U.S. government.

“Similar to NRO’s first two Strategic Commercial Enhancements Broad Agency Announcements (BAA), the hyperspectral imaging Request for Proposal (RFP) includes modeling and assessment of planned and on-orbit capabilities as well as demonstrations, if a company has on-orbit capabilities,” the NRO said on Nov. 16. “It also includes options to order products and services for mission use-case validation and operational support.”

A number of commercial satellite companies offer hyperspectral imaging or are working to provide such capabilities like Orbital Insight and Planet’s upcoming Tanager constellation.