OroraTech CEO on How Satellite Data Can Transform Wildfire Management 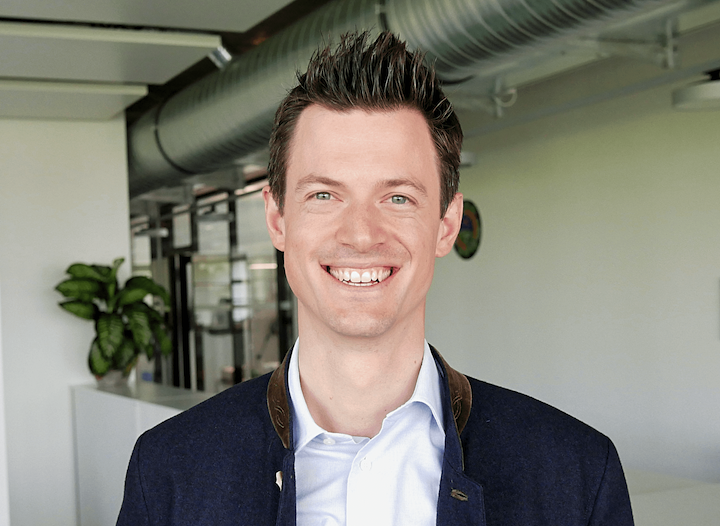 The European space startup scene is home to a number of companies involved in climate monitoring and mitigating the impacts of climate change. One such company that is looking to make a difference is OroraTech, a Munich-based startup that specializes in early wildfire detection and monitoring using satellite data and advanced fire algorithms.

OroraTech utilizes a space-as-a-service model, as both the end user and space company. The company signed a deal with Spire last year to deploy thermal infrared camera on a Spire satellite, and the satellite, Forest-1, launched in January 2022. It is the first step toward OroraTech’s future fleet of nanosatellites, which will provide worldwide coverage of high-resolution thermal-infrared imagery.

OroraTech CEO and Co-Founder Thomas Grübler helped launch the company after the founders discovered that no other company had yet dominated the the thermal-infrared market, despite the high value and demand for thermal-infrared data.

“We started by doing the math and realized that we could even build cubesats with far better resolution multispectral thermal imagers than currently available,” Grübler told Via Satellite in the following interview about OroraTech’s long-term plans and how satellite data can make an impact on wildfire monitoring.

VIA SATELLITE: How can satellite make a difference in terms of wildfire and forest monitoring?

Grübler: The world has around 4.06 billion hectares of forests. Our current system offers a cheap and effective alternative to monitor this area in near real time. Another point is the universal applicability of satellite data. A watchtower can only be used for forest fire detection. In contrast, the use cases for thermal and satellite data in general are almost unlimited. This is also reflected in our applications. Our business model is to turn pixels into intelligent products. In addition to an own fire risk map, we are working on a fire propagation model. We want to be the first to detect a fire, but also to be able to tell exactly how a fire will spread. Real-time detection and precise recommendations for action. This is in our opinion the future of wildfire fighting.

VIA SATELLITE: Who do you see as the main customers for your services/applications?

Grübler: Our current customer base ranges from state fire departments, forest owners, and reforestation companies. However, more and more insurance companies, real estate developers and energy providers are approaching us. Climate risk modeling is an extremely hot topic. All these companies need to evaluate their investment strategies and assess their future risks. Our technology can already help in the area of fire risk and we are starting to look into other areas such as drought and flood forecasting.

VIA SATELLITE: How did the collaboration with Spire come about?

Grübler:  Building a complete satellite with both a new platform and a new payload increases the risk significantly, although the big innovation to prove lies in the payload. We teamed up with Spire as they already launched more than 140 satellites at that time and also already scheduled enough launches so we could easily hop on one of their next satellites.

VIA SATELLITE: When will the company be profitable?

Grübler: We have a lot of potential for growth. Currently we already plan to have our minimum viable constellation (MVC) of eight satellites to be profitable around the 2024 timeframe. As a last step we are going to launch the full constellation of satellites, which will again require further capital expenditure, but will lead to a highly profitable business in 2027 targeting at least 80% gross margin and market domination in thermal intelligence.

VIA SATELLITE: What are the goals for the company over the next two to three years?

Grübler: We want to launch our eight satellites in an afternoon orbital plane. We also want to expand applications in LWIR [longwave infrared] and MWIR [midwave infrared], in areas other than forest fires. Finally, we would like to expand our relationship with partners like leading fire engine manufacturer Rosenbauer to bring satellite data directly to the decision making fire chief in the field.

Grübler: There is no single solution to climate change. We need to find a holistic approach that combines the best innovations. Satellite technology makes a significant contribution in opening up avenues that were not possible before. Satellite data plays a crucial role in building up a layer of truth for climate performance and has the potential to mitigate the effects of climate change. Satellite data therefore provides a transition from measurement and responding to hazards to real-time reaction and forecasting. This is a general paradigm shift in reacting to the effects of climate change.

VIA SATELLITE: With so many unpredictable weather events, what can companies like OroraTech do to use technology to alleviate some of the long-term damage of these events?

Grübler: The world is burning. And it will get much worse. We can’t prevent wildfires and most of the impacts of climate change, but we can invest now to make them less severe, less long-lasting and less harmful for us and the environment. Data that is generated by companies like OroraTech is one of the most important resources for the preparation for environmental disasters. We are happy to share our data with promising projects and partners to tackle this global threat together.

VIA SATELLITE: Finally, what does the next chapter of the OroraTech story look like?

Grübler: In less than a year, our minimum viable constellation will be operating. We already lined up a lot of customers. For example, one customer is launching three airplanes every day at 3 p.m. with two people each to watch for devastating fires. Also, we are going to extend our platform to a full wildfire management service, integrating data from firefighters, fire engines, algorithms like fire forecasting and providing guidance to firefighters. We are going to play a significant role in global wildfire management.