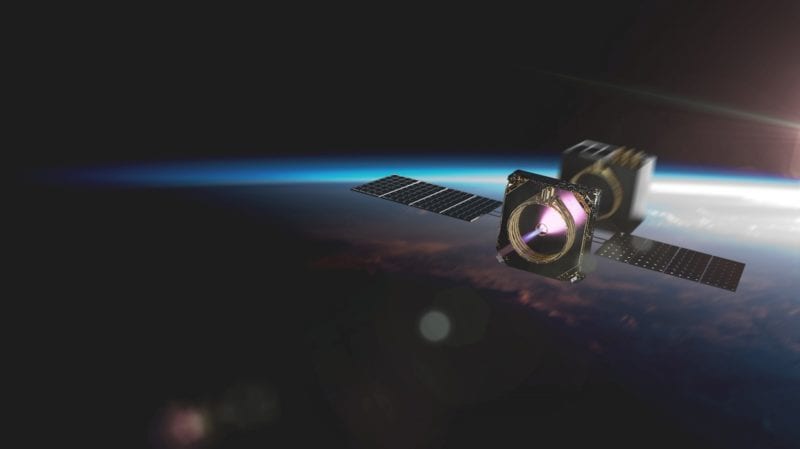 Xona, which describes itself on its website as “a group of space ninjas, engineers, GPS nerds, motorcycle racers, and adventurers,” is designing their own Low-Earth orbit (LEO) Global Navigation Satellite Systems (GNSS) smallsat constellation. The company claims that its Pulsar satellite navigation service will be 10-times more accurate than other GNSS systems in operation and will enable modern intelligent systems to operate safely in any conditions, anywhere on the planet.

Momentus offers an in-space transport system called the Vigoride, which is based on water plasma propulsion technology. Vigoride will help deliver Xona’s constellation to orbit.

“We have been very impressed with the capabilities and services that Momentus offers with their Vigoride spacecraft,” Xona CEO Brian Manning said in a statement. “There is a rapidly growing demand for higher performance navigation and timing services as well as alternatives to GNSS. Forming this partnership with Momentus represents a key milestone in our technology development roadmap as we work towards our on-orbit demonstration and deployment of the full constellation to meet these needs.”

Momentus and Xona did not disclose financial or scheduling details in the contract announcement.

Last month, Momentus pulled its Vigoride orbital transfer vehicle from the SpaceX Transporter 1 Falcon 9 mission that launched on Jan. 24th to allow for more time for FAA approval of its spacecraft. At the time, Momentus President Dr. Fred Kennedy reaffirmed that the company still expects to achieve its revenue expectations for 2021 despite the delays.

Two weeks later, Momentus’ founding CEO Mikhail Kokorich resigned from the company, due to regulatory concerns with his status as a Russian citizen. Momentus is in the midst of regulatory reviews for a merger with special purpose acquisition company (SPAC) Stable Road Acquisition Corp., through which it will become a publicly traded company. Kokorich said his resignation was in the company’s best interest to “expedite the resolution of U.S. government national security and foreign ownership concerns surrounding the company.” Kokorich was replaced by interim CEO Dawn Harms.