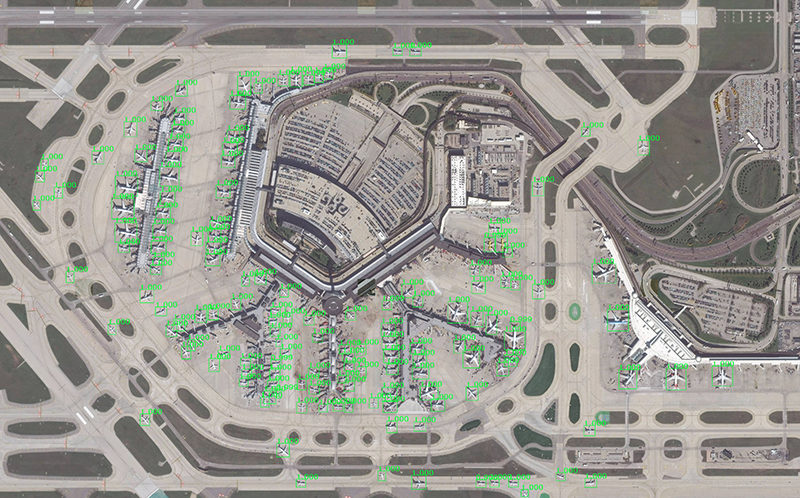 GATR teaches itself what the identifying characteristics of an object area or target, for example, learning how to distinguish between a cargo plane and a military transport jet. The system scales quickly to scan large areas, including entire countries. GATR uses deep learning techniques common in the commercial sector and can identify ships, airplanes, buildings, seaports, and many other categories.