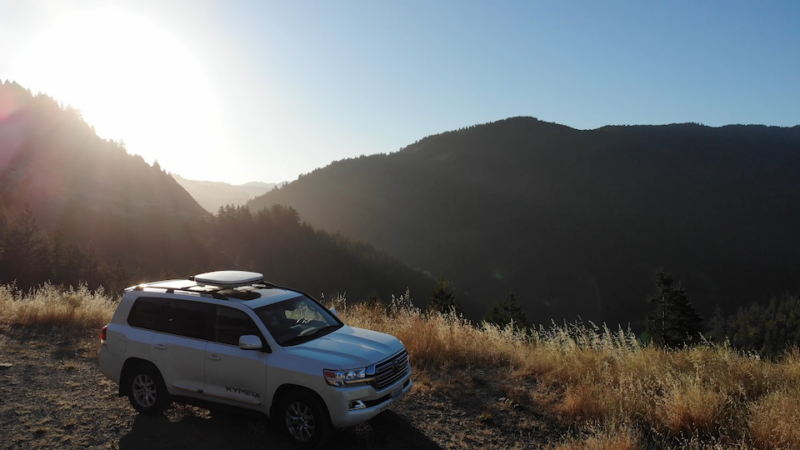 Kymeta u8 antenna installed on a vehicle. Photo: Kymeta

Kymeta’s next-generation u8 antenna is now commercially available, the company announced Monday. Kymeta is pitching the land mobility Ku-band antenna as a communication solution for government, defense, and first responder customers. It covers the full Ku-band and is capable of operating on Low-Earth Orbit (LEO) networks.

Kymeta Vice President of Product Lilac Muller told Via Satellite that this product was redesigned from the previous u7 antenna not only with improvements to the core technology, but also for usability and quick connectivity.

“We have built-in cellular cellular connection, and a built-in SD-WAN router with a Wi-Fi bubble. You turn on your car, the system connects, and you have a Wi Fi bubble around you. The user shouldn’t be thinking about the technology and the antenna, they should just be connected and that’s what we had in mind when we designed this product,” she said.

Neville Meijers, Kymeta chief product and marketing officer told Via Satellite the product has been designed specifically for land mobility needs in that it has high environmental tolerance to operate in extreme hot and cold environments, and it has been designed to use low power and it operates on a vehicle without any additional power than the battery.

Kymeta is selling the u8 as an antenna; an ODU which allows customers to connect to their own modem; and a turnkey terminal with embedded satellite modem, cellular modem, and SD-WAN capabilities. Kymeta is also offering a purchasing option designed for users like first responders, an end-to-end subscription package to the hardware and Kymeta Connect hybrid satellite-cellular connectivity service.

“There are a lot of customers like first responders who have never bought satellite capacity and probably without this land mobile solution would never even contemplate buying satellite capacity,” Meijers said. “We want to offer the customer a very easy way to adopt our product from an end-to-end perspective, so we packaged together the hardware, together with the network. Having this ability to provide them with always-on communication resonates very strongly with them.”

“We believe that the combination of our service, together with our unique hardware is going to open up the land mobility space in a way that people have been asking for for many years, but has never happened,” he added.

The product launch follows after beta trials kicked off in August, testing the product around the world in North America, Asia-Pacific region, and Europe. Kymeta reports beta testing demonstrated throughputs of over 45 Mbps in land mobile environment with large scan-off angles of over 50 degrees. Muller said customer response to the trials has been “incredible.”

Also in August, Kymeta closed an $85 million funding round led by Bill Gates, and acquired satellite service provider Lepton Global Solutions LLC, to strengthen its go-to-market position for the u8 and Kymeta Connect.

The U.S. Forest Service has the Kymeta antenna installed on its vehicles, Kymeta announced in its Monday press release.

“My team works in some of the most densely populated, rugged, and steep forest terrain in the U.S.,” commented Tim Dunfee, deputy forest fire chief of the U.S. Forest Service. “There are places across our varied terrain that have been engulfed by fires and communications cell towers that have been destroyed, causing loss of all communications. When we tested Kymeta’s solutions, we could use FaceTime and make voice calls for the first time. We now have a Kymeta antenna installed on one of our vehicles and deploy it to every forest fire.”