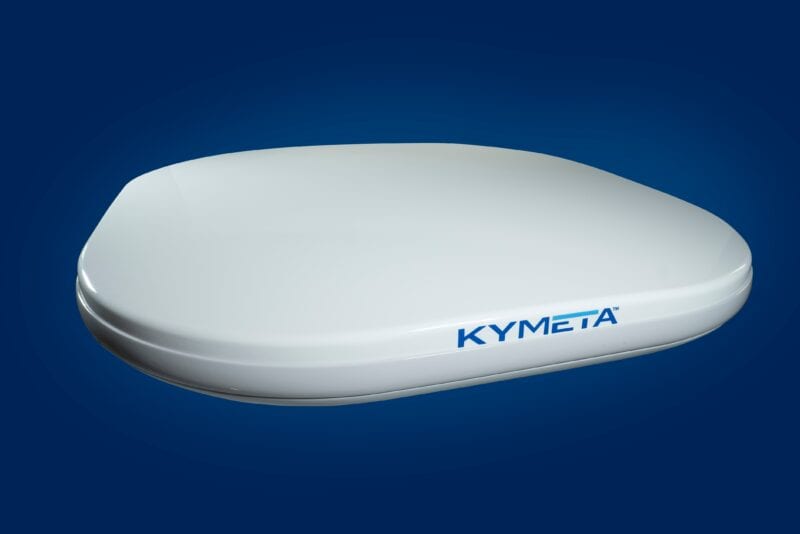 President and COO Walter Berger outlined Kymeta’s plans for the investment to Via Satellite. Kymeta is introducing its second-generation product the u8 — a Ku-band flat panel electronically steered antenna built for mobility and geared to the military and first responders. Berger said Kymeta will invest in go-to-market activity for the u8, expanding its distribution channel of more than 100 partners and direct selling, in addition to manufacturing and improving the customer experience with the Kymeta Connect hybrid satellite-cellular connectivity services.

“Our vision for Kymeta is really about making connectivity available on a global basis with an evolving focus on which verticals we develop over time,” Berger said. “In the short term our focus is principally around land mobility as it relates to areas of defense and public safety. As we evolve those markets, we’ll broaden those verticals to a host of others. They could include land transportation like rail, buses, etc. It could evolve to maritime and aero.”

Berger also said Kymeta will continue to invest in product development and ideation, and the company has a product roadmap to advance the technology over several generations with the evolution of Low-Earth Orbit (LEO) satellites and Ka-band.

Also on Tuesday, Kymeta announced that it is kicking off its beta trial program for the u8 and Kymeta Connect with with select partners and customers such as U.S. Department of Defense (DOD) and U.K. Ministry of Defence (MOD) contractors and end users, satellite service providers, and commercial resellers.

News of the company’s largest funding round to date comes a week after Kymeta acquired satellite service provider Lepton Global Solutions LLC. Hutcheson told Via Satellite that the situation — an antenna company acquiring a service provider — fits with Kymeta’s unconventional plan to take their u8 antenna and Kymeta Connect service to market by combining hard assets and service. Kymeta plans to sell its hardware in a composition of connectivity services, where the cost of the antenna is spread out on monthly subscription charges, a setup that is attractive to buyers like first responders.

“Where Lepton is today is where we are pivoting the business to go. So we are aligned strategically. Their business allows us to move into that dynamic that much faster. But at the end of the day it’s really about giving that customer, regardless of the verticals that they’re in, that highly sophisticated solution around a connectivity outcome,” Hutcheson said.