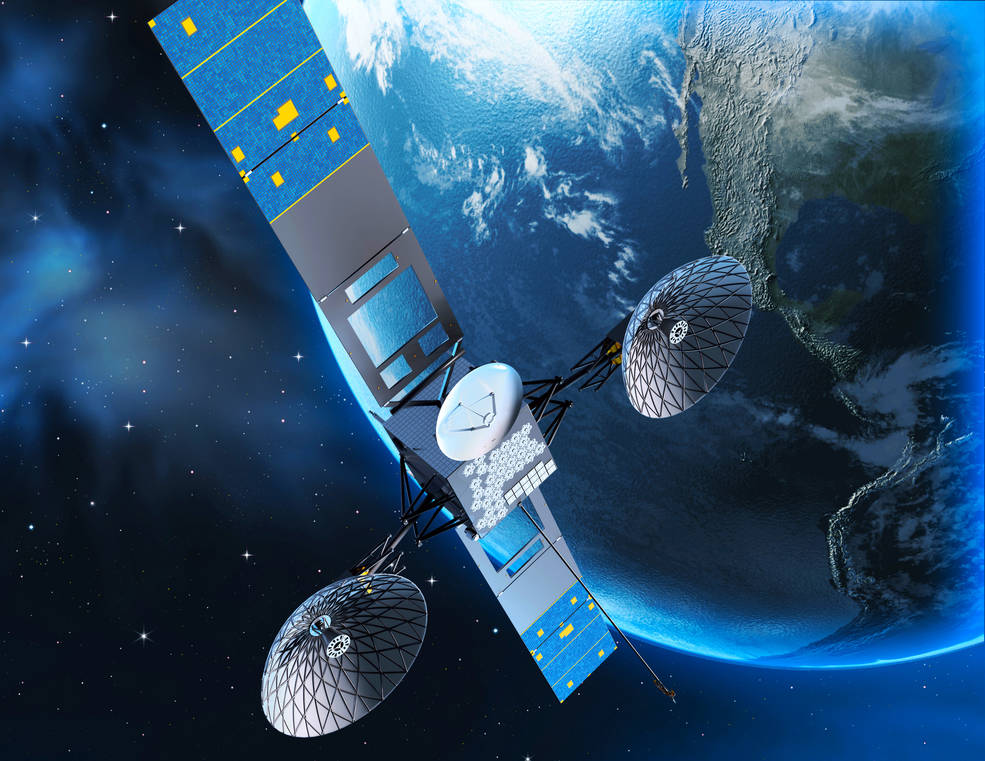 An artist rendering of a NASA Tracking and Data Relay Satellite (TDRS) in orbit. Photo: NASA

NASA is pursuing a similar model with commercial providers used in the commercial cargo and commercial crew programs, which the agency said this approach allows it to focus resources on deep exploration and science missions. The companies are expected to match or exceed NASA’s contributions over a five-year development and demonstration period.

NASA expects the companies to complete technology development and in-space demonstrations by 2025. The agency intends to seek multiple long-term contracts to acquire services for near-Earth operations by 2030, while phasing out its own systems.

All of the proposals will provides satcom services to spacecraft in LEO. SpaceX received the largest award at $69.95 million. Its proposed approach is an optical Low-Earth Orbit (LEO) relay network for high-rate communications.

Kuiper Government Solutions (KGS), an Amazon subsidiary, received the second-largest award at $67 million for its proposal for an optical LEO relay network for high- and- low-rate communications.

Telesat U.S. Services was awarded $30.65 million for an RF Geostationary C-band and a LEO Ka-band relay networks for high- and- low-rate communications.

Viasat recently shared details about an RTE Space Relay service on a Via Satellite webinar. Aaron Hawkins, director of Viasat Real Time Earth. Hawkins said the RTE Space Relay service uses the same technology that Viasat uses to track planes for in-flight connectivity (IFC). It will use the ViaSat-3 constellation to relay data from LEO satellites to Viasat ground stations.

Let’s say you’re flying a high-rate, Ka-band mission, where you downlink over our Sweden station,” Hawkins said describing the service. “Let’s say you pass over something else where you really need to get that information directly to your end user. You can relay that over the ViaSat-3 satellite and get it to the ground almost as it’s happening. Now the long leg is not waiting for your next pass, it’s however long it takes to process that data.”