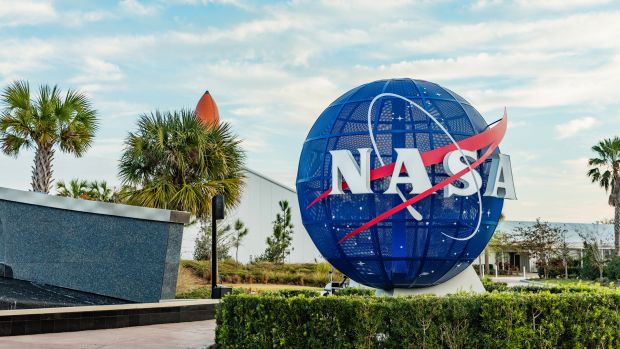 The White House has requested record funding for NASA in fiscal year 2022 of $24.8 billion to fund priorities like the Artemis lunar program and research to fight climate change. This is a 6.6% increase over $23.3 billion in funding in fiscal year 2021.

NASA released its budget request on May 28, requesting that over the next few years, funding increase to $27 billion by fiscal year 2026.

“This FY 2022 budget, along with continued bipartisan support for NASA’s goals and missions, will empower NASA and the United States to lead humanity into the next era in exploration – an era in which government and the private sector partner to take us farther than ever before – to the Moon, to Mars, and beyond – and to expand science, economic growth, and well-being here on Earth,” NASA Administrator Bill Nelson said in a statement on the budget.

For fiscal year 2022, NASA has requested an increase for nearly every budget authority including deep space exploration, science, and STEM engagement. This is a look into the request for some of those areas.

It also includes $785 million to develop Gateway, an outpost in orbit around the Moon that will support human lunar landings and surface activities and about $1.2 billion for the Human Landing System, a contract which SpaceX recently won as the sole awardee, and Blue Origin and some members of Congress have protested. 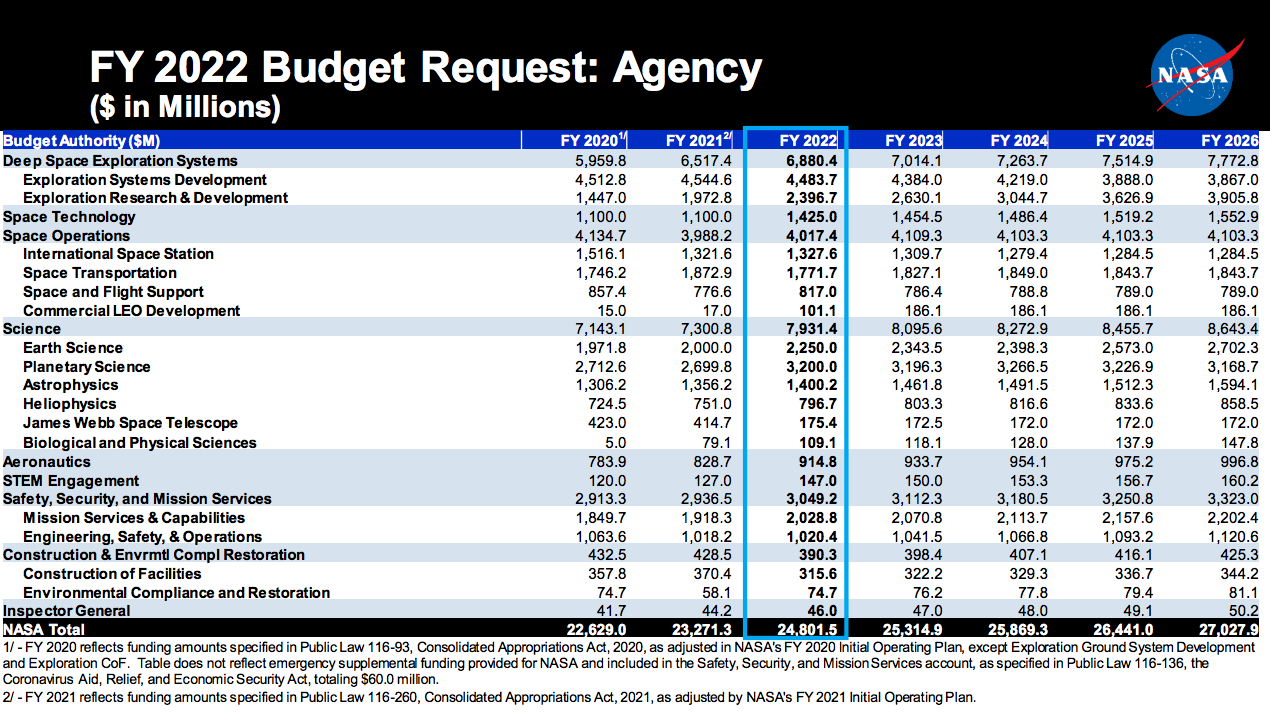 Space tech has the largest increase in the request, at $1.4 billion, up 30% from fiscal year 2021. This includes $502 million for technology demonstrations including OSAM-1, OSAM-2, Cryogenic Fluid Management, Fission Surface Power, and others. It also includes $491 million for technology maturation, which includes initial delivery of Lunar Surface Innovative Initiative payloads to the Moon through Commercial Lunar Payload Services (CLPS). This segment also includes $287 million in direct investments in the commercial sector through small business innovation research and technology transfer.

There is a specific line item for commercial Low-Earth Orbit (LEO) development as well, at $101 million in 2022, up from $17 million in 2021. NASA said this focuses on maintaining a continuous human presence from the U.S. in LEO for both government astronauts and private citizens. It also supports early designs of multiple commercially owned and operated LEO destinations — or free flyers — that NASA and other customers would purchase services and commercial activity in LEO.

The Biden administration has made a point to emphasize how NASA can take a further role in fighting climate change, and has established a new position of senior climate advisor to work with the administration on climate science objectives. The budget request backs up that goal, and boosts NASA science funding by 8.9% to $7.9 billion.

The Earth science line item in particular would increase from $2 billion to $2.25 billion and fund a new initiative called the Earth System Observatory, a recently announced project to observe the effects of climate change. NASA plans to develop four core strategic missions including space-based satellites and instruments,as part of this initiative to launch in this decade.

“As a global leader in Earth science and our eyes in the sky, NASA is uniquely positioned to help the world understand and mitigate climate change,” Nelson said. “This funding request increases investment in climate research and science programs, allowing NASA to build the next generation platform: The Earth System Observatory, an array of space-based satellites, instruments, and missions, will deliver critical data to help us better understand Earth as a system and prepare and protect our communities in the face of natural hazards.”