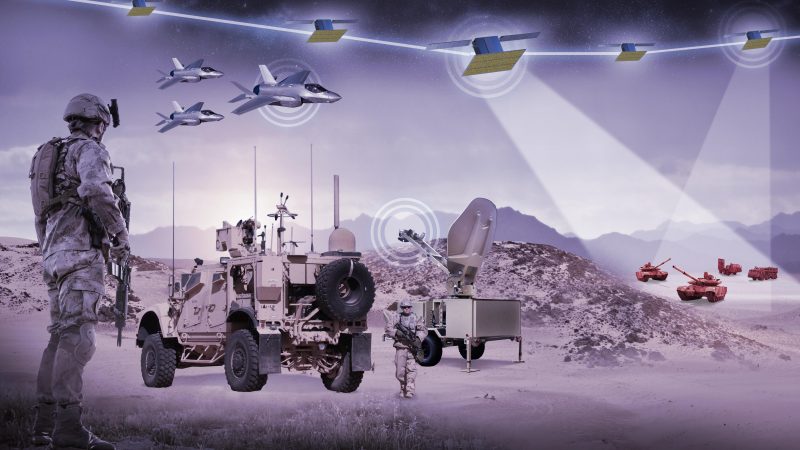 Rendering of a Lockheed Martin constellation

According to the Tuesday announcement, this line is based on Lockheed Martin’s LM 400 mid-size satellite bus. The LM 400 is a configurable bus about the size of a refrigerator, and there are 10 variants in the series. It is a new part of the company’s lineup of ﬂexible buses and conforms with Modular Open Systems Architecture (MOSA) and Lockheed Martin’s SmartSat software-defined satellite platform.

Lockheed Martin said the LM 400-based tactical ISR satellites allow the military to track moving targets at long ranges and operate in contested and denied environments. The satellites will also play a key role in Joint All-Domain Command and Control (JADC2) by allowing warfighters to better employ space-based capabilities.

“Digital engineering and manufacturing are accelerating our ability to deploy robust, future-focused constellations that feature leading-edge technology for our customers’ missions,” commented Rick Ambrose, executive vice president of Lockheed Martin Space. “Our LM 400 is a highly adaptable, mid-sized satellite and yet can be produced at scale in a rapid and cost-effective manner.”