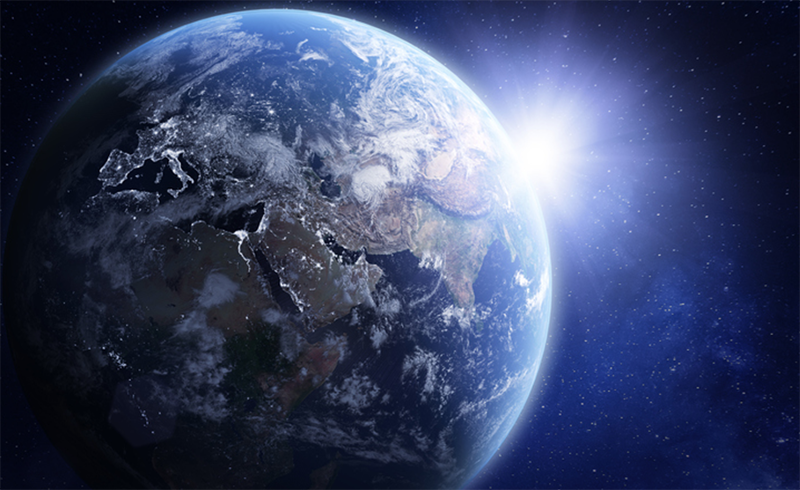 What’s the proper dividing line between what government does and what business does? This is not a political question — it is meant in the context of the space industry.

There used to be a pretty bright dividing line. There was NASA, the European Space Agency (ESA), and other space agencies in civilian space, and the military and security services operating in military space. The demands of security and resilience against attack still keep military space a separate and largely secret kingdom. But even there, the military doesn’t build things; it contracts with private-sector companies to design and build them. It engages companies and outside contractors to operate a lot of them. And, of course, it uses commercial satellite capacity to handle the majority of its communications traffic.

What is true of military space is even more emphatically true of civilian space. We have entered an era where government space increasingly is business space. The CEO of a new company in the industry, one with largely commercial ambitions, wouldn’t exist if it weren’t for government funding of technology development that creates new capabilities. NASA and ESA have active commercialization programs for the huge number of technologies they created and then put on a shelf.

The Indispensable Infrastructure of Deep Space

My favorite example concerns an American national asset that in many ways is a gift to the planet. It is the Deep Space Network (DSN), developed by NASA’s Jet Propulsion Laboratory (JPL) to receive telemetry and plot the orbit of Explorer 1, the first successful American satellite. Today, it is the indispensable infrastructure for space travel above an altitude of 30,000 kilometers (km) from Earth’s surface.

With massive antenna complexes in California, Australia, and Madrid, the DSN is a monument to human ingenuity and government’s ability to marshal talent and resources to accomplish nearly impossible things. When a signal from a distant spacecraft reaches Earth, it is billions of times weaker than the battery in your digital watch. The DSN receives it, amplifies it and delivers the data stream to JPL. The job takes enormous antennas moving on giant motorized bases, and sensitive electronics that were a miracle in 1958 when they were first switched on and, after countless upgrades, remain a miracle today.

Can You Hear Me Now?

In 1977, NASA launched Voyager 1 into space on a five-year mission to do flybys of Jupiter and Saturn. Forty years later, Voyager 1 made headlines by becoming the first object made by human hands to reach interstellar space. We knew this because it was still responding to commands and communicating with us more than 30 years past its design lifetime. But that tenuous link was in danger, because the primary attitude thrusters were out of fuel.

The bright people at JPL came up with a plan to fire a different set of thrusters, designed for another purpose entirely, to rotate the spacecraft so that its antenna would regain lock on Earth. There was one hitch: those thrusters hadn’t fired for 37 years. Would they work? Would Voyager even be able to receive and execute the command?

On a November morning, JPL sent its command over the DSN to a tiny spot in intergalactic space 18 billion km away. Thirty-nine hours passed. Then came the return signal. The thrusters had done their job and Voyager was back on line.

So, where does business come into this tale of the little space robot who could? From the moment the command left JPL’s control room in California, it was riding over technology operated, not by JPL, but by a company called Peraton.

Peraton provides technology solutions and support to America’s civil and defense space missions. More than 300 of its people operate, maintain and repair the DSN’s antennas and electronics. They play an integral role in mission planning, from pre-launch to on-orbit, and make sure every component is working. When JPL needs a spacecraft millions of miles away to do something critical to its mission, failure is not an option.

That principle got dramatic illustration in 2017, when a NASA satellite called MAVEN was orbiting Mars to study its atmosphere. The highly elliptical order swung down close to the planet’s surface and back out into space again, crossing the orbits of the Martian moons Phobos and Deimos. Analyzing the confluence of orbits, JPL engineers realized there was a good chance that MAVEN would make a crash landing on Phobos.

One week before the predicted crash, JPL and Peraton put the Deep Space Network into action. Commands went to MAVEN to burn its rocket motor and boost its speed. The trick worked: MAVEN missed Phobos by a margin of two minutes. Not enough to interfere with its mission but enough to keep it in one piece.

You have to figure the JPL folks were strutting around and puffing out their chests just a little bit after that one. Call them masters of space and time — thanks to a helping hand from their friends in the private sector.

Robert Bell is executive director of Space & Satellite Professionals International. SSPI produces the Better Satellite World campaign, which dramatizes the immense contributions of space and satellite to life on Earth. More at www.bettersateliteworld.com.