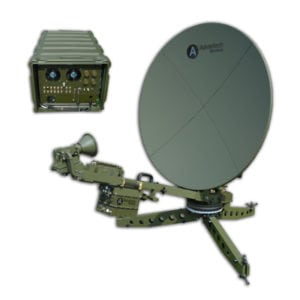 The terminal is based on a ruggedized tri-band 1.2 Meter Flyaway Antenna, which can cover X-Band, Ku-Band, or Ka-Band, by replacing the feed only. The antenna is fully motorized with an integrated satellite finding controller.