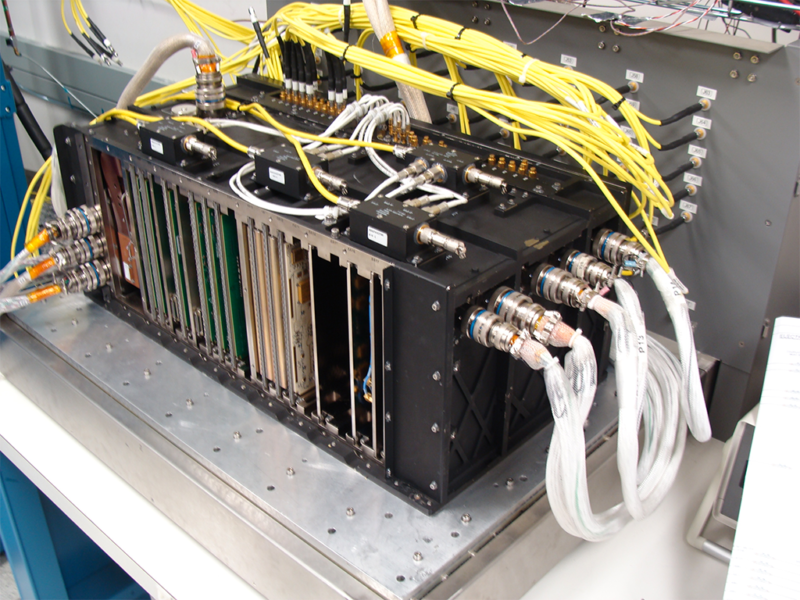 Harris Corporation has completed development of the company’s fully digital Mission Data Unit (MDU), which is at the heart of its navigation payload for Lockheed Martin’s GPS 3 satellites 11 and beyond.

The current Harris payload for GPS 3 Space Vehicles (SVs) 1 through 10 includes a greater than three times reduction in range error, up to eight times increase in anti-jamming power, added signals — including one compatible with other Global Navigation Satellite Systems (GNSS) — and greater signal integrity. According to Harris, its GPS 3 SV11+ fully digital navigation payload will further improve on performance for the U.S. Air Force by providing more powerful signals, plus built-in flexibility to adapt to advances in GPS technology, as well as future changes in mission needs.

The payload design also ensures atomic clock operations, providing the reliable GPS signal that millions of people, including U.S. soldiers, and billions of dollars in commerce depend on every day. It also will provide the clock signal for a new GPS 3 Search and Rescue (SAR) payload.

(OCX) ground control segment. The Harris payload for the first 10 GPS 3 satellites already has been verified for OCX compatibility, and this will allow Harris to seamlessly port the Harris SV11+ design, minimizing integration risks and associated costs.

“This design is fully mature — an engineering development model, not a prototype — and is ready to be inserted into GPS III SV11+,” said Bill Gattle, president of Harris Space and Intelligence Systems. “The payload has the flexibility to serve the warfighter over the entire mission life and can be upgraded incrementally over its mission life due to built-in adaptability.”