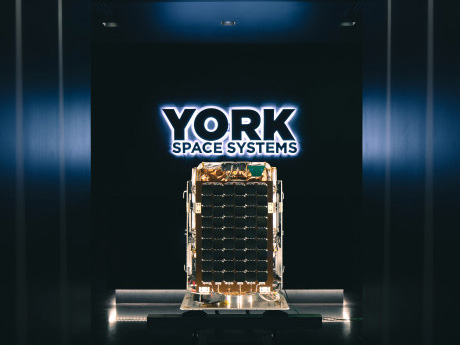 The private equity firm AE Industrial Partners (AEI) on Tuesday said it has agreed to acquire a majority share of the spacecraft company York Space Systems, which has a prime contracting role in building satellites for Space Development Agency’s (SDA) Space Transport Layer.

Terms of the deal were not disclosed. BlackRock Private Equity Partners is also investing alongside AEI. and York Systems’ Chairman Charles “Chuck” Beames and CEO Dirk Wallinger both will remain significant investors in the company.

York Space Systems is developing and manufacturing small Low-Earth Orbiting satellites for the first two tranches of Space Development Agency’s Space Transport Layer. The Denver-based company offers two classes of satellites to customers, the S-Class, which is the size of a mini-refrigerator and the LX-Class, which is two to three times larger.

AEI said the new investment will give York the “significant institutional investor backing and capital to continue to make great inroads in both the government and commercial small satellite market.”

York has about 165,000 square feet of manufacturing space in the Denver area and has the capability to produce more than 750 satellites per year. The company was founded in 2012.

“AEI has distinguished itself as a leading investor across the space ecosystem and is the ideal partner for York as we look to rapidly scale the business,” Dirk Wallinger, the company’s CEO and founder, said in a statement. “The firm’s deep sector knowledge as well as AEI’s experience in aerospace production will be critical as we continue to grow York and deliver for our customers.”

Wallinger and Beames will continue in their roles with York.

AEI is the majority owner in Redwire Corp. [RDW], which develops and manufactures a wide range of components and subsystems for spacecraft. AEI also owns a significant stake in smallsat launcher Firefly Aerospace and is an investor in Sierra Space, which along with Blue Origin is developing a commercial space station and also made the commercial space plane Dream Chaser.