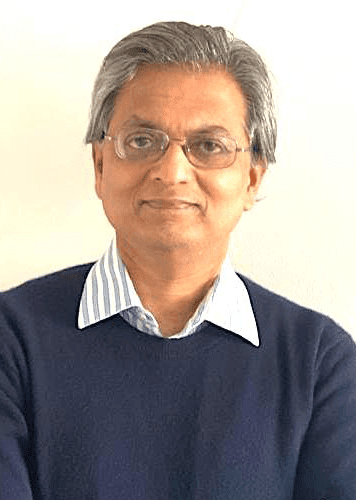 Balachandran was closely associated with Airtel’s successful launch and scaling up of the satellite TV business in India and the rapid expansion of Airtel’s Global Business across the globe. He is based in London, according to his LinkedIn.

OneWeb CEO Neil Masterson commented in the release: “Having had the opportunity to work with Srikanth in his most recent role as CFO of Bharti Global, the team at OneWeb has seen first-hand the wealth of experience and expertise he will bring to his new position at OneWeb.  He will assume responsibility for helping us deliver our ambitious business plan, securing additional funding and establishing high standards of governance.”

Balachandran joins the new iteration of OneWeb, post-bankruptcy, under the ownership of the United Kingdom government, Bharti Global and other strategic investors. The company is working to build a Low-Earth Orbit (LEO) constellation of about 7,000 satellites to deliver global broadband internet service.

In a recent interview with Via Satellite, Sunil Bharti Mittal spoke about the changes in OneWeb under new ownership: “The mission remains the same. We want to connect the world. That has not altered. … The second generation is a blank canvas, ready to provide a platform for the full alternative,” he said. “The center of gravity of OneWeb is shifting into London, leading a shift from Virginia in the United States. That has bought some senior executive team changes.”

Correction: The headline on this story previously misidentified Balachandran’s new title at OneWeb.