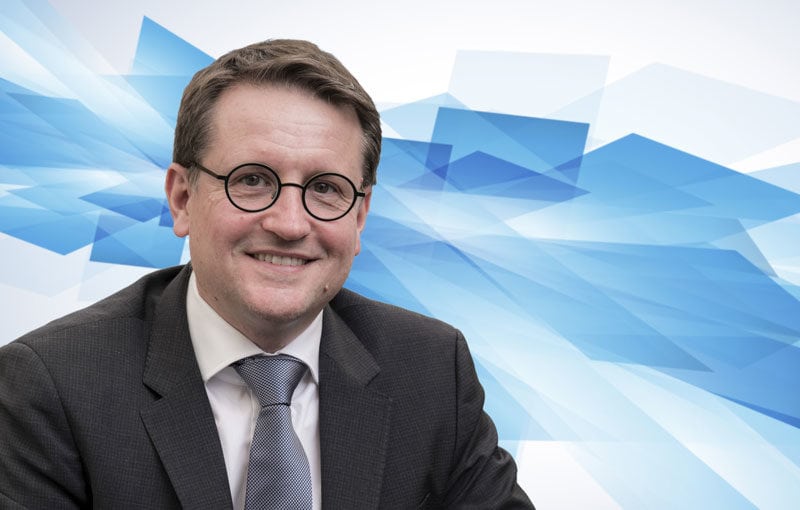 In the second of our two-part interview with Eutelsat CEO Rodolphe Belmer, we look at some of the key verticals outside of broadcast. Mobility remains a key driver for most satellite players and Belmer talks in detail about the market and the impact that COVID-19 could have on Eutelsat’s operations in this area. We also talk about where there could be spikes in demand for consumer broadband. Also, Belmer talks candidly about the C-Band Alliance (CBA) months after Eutelsat left.

VIA SATELLITE: Let’s talk about the mobility market. Aviation and maritime look as though they are going to get hit quite badly. How do you see the prospects, not just for Eutelsat, but for the whole industry, given that mobility is seen as such as key growth driver?

Belmer: The mobility sector has different sub-segments like maritime, aviation. Even within maritime, you have fishing, cruise, commercial — so many different segments even within there, and they all behave a bit differently. We are not hugely exposed to the mobility segment. Only 6% of our total revenues is from mobility, of which 60% is from aviation, and 40% from maritime. In maritime, we are growing as we are expanding our partnerships with distributors in this field. We recently have been able to sign a very important deal with Marlink, and another important contract with Telenor. We are helping our customers to expand and bring connectivity, notably in the merchant shipping segment. This segment is relatively less exposed to the COVID-19 crisis. We believe our profile in the maritime segment will remain relatively vigorous over the next few quarters, even in the post-COVID phase. The cruise segment is very important for the industry as a whole, but not really for Eutelsat. We are a little bit exposed to this segment, but we estimate it will have very profound difficulties for quite some time, maybe up to three years.

In the aviation segment, we think the economic situation will remain difficult for a couple of years. Fortunately, we have firm contracts in regions where our capacity is critical for customers. However, the incremental demand we were expecting to fuel growth in the immediate future is now much attenuated.

VIA SATELLITE: Outside of broadcast and maritime, can you name another vertical where you think there could be strong demand for Eutelsat over the next couple of years?

Belmer: Broadband to consumers will see a surge in demand. There is a latent demand that is very significant, and we think it will be even more pronounced due to the COVID-19 crisis as more and more people work from home as a matter of course. In countries like Russia, where the lockdown has been less strict for the moment than it has been in France or the U.K. for example, we are seeing a surge in demand for fixed broadband by satellite. In fact, our number of subscribers has been growing significantly since the beginning of this crisis in Russia. In places like the U.K. and France, due to the confinement of installers, we have not been in a position to install dishes, so the latent demand is not yet being met. As soon as the installers can come back on the road, we expect to see an acceleration in demand from consumers — people wanting to work from their second homes for example.

VIA SATELLITE: You mentioned Russia there. Where else might there be a really strong demand for fixed broadband?

Belmer: We see demand on the consumer front in Europe and we see the very early signs of acceleration of that demand. This will be stimulated by the current conditions. Elsewhere we have seen encouraging signs of demand in Africa. This is good for our KONNECT satellite which is entering service in the autumn. We see strong demand in particular in the Business-to-Government segments, meaning we think we will be able to do deals with African governments for administrations, schools etc. We have been able to sign the first big contract of this kind with the Congolese government to bring connectivity to rural schools. The first phase will cover over 3,500 schools. This is a test phase. After this trial, the market should open up for tens of thousands of other schools in Democratic Republic of Congo and creates a precedent for other large-size African countries.

VIA SATELLITE: As a result of COVID-19, do you think satellite will have a more or less important role in the overall communications ecosystem going forward?

Belmer: The role of satellite will not be impacted by the crisis. It remains very important to bring connectivity to places where the telecoms network does not reach. This is a niche market, but it is a very large niche for our industry. Of course, the demand for connectivity will push governments to accelerate their fiber programs everywhere in the world, but this will probably not ultimately affect the size of the market left to satellite by telcos. And, due to the crisis, the demand for connectivity everywhere will be even more pronounced.

VIA SATELLITE: The C-Band Alliance seemed to descend into acrimony earlier this year. A few months on from leaving the CBA, do you believe it ultimately did a good job or not?

Belmer: We left the CBA just over a year ago. We thought the CBA and the two largest members of the CBA were not fully representing our legitimate interests. We thought our interests could be better served from an independent position. The results for Eutelsat were ultimately a bit better than what was promised to us by the CBA. After that, the CBA continued its path. But at the end of the day, to no surprise, other CBA members came up to realize they would be better off if they went their own way and protect their own individual interests. And, finally, when the FCC decided, rightly, to conduct a public rather than private auction, the main objective of the CBA vanished. The main objective of the CBA was to develop the so-called market-based approach, based on a private auction. I think this is one of the reasons why it totally collapsed as its main purpose disappeared.

VIA SATELLITE: Did the CBA do a good job, yes or no?

VIA SATELLITE: What do you see as the growth drivers for Eutelsat’s business over the next two years? Do you see the business changing as a result of the era we are living in?

Belmer: Our medium to long-term growth drivers are clearly focused on two segments of the connectivity vertical: Fixed Broadband, where 2% to 3% of households globally will still be unserved or under-served by terrestrial networks at the end of the current decade; and Mobility, both in-flight and maritime, where we expect a recovery in the longer term from the impact of the COVID-crisis. I would add a further leg to this strategy with (Internet of Things) IoT, which represents potentially a significant opportunity in the next 10 years. Tens of millions of objects in sectors as diverse as transport, oil and gas and agriculture will need to send information from areas also unserved by terrestrial infrastructure.

We have targeted capacity coming online in the next few years to support capture these growth opportunities, with our KONNECT, KONNECT VHTS and Eutelsat 10B satellites, all with pre-commitments, as well as our (Eutelsat LEO for Objects) ELO constellation for IoT.

Regarding the current environment, I hope it will reinforce the relevance of satellite as part of the connectivity ecosystem. In economic terms, depending on the length and severity of the crisis, it may have an effect on the competitive landscape within the industry. For our own part, our strong financial position and cash-flow generation capacity as well as the combination of resilient and cash-generative heritage activities complemented by these connectivity-related growth opportunities, means we are well-positioned to withstand challenges of the current environment.

VIA SATELLITE: Finally, what is your overall view of where the industry goes next? Are these bankruptcies the tip of the iceberg or are you quite optimistic?

Belmer: I am very positive and optimistic of the future of our industry. What we are seeing now is some of the negative elements associated with the transition of this industry. There is a technology transition taking place. This transition between mature legacy businesses with little growth to an expansion into connectivity based on new technologies is now underway. This will probably trigger a round of consolidation and the weakest regional players will have difficulties, and maybe some of them will disappear. The industry will restructure and hopefully end up in a position to approach these new connectivity verticals in a new, efficient and exciting way. This is the natural course of development. This industry has a very bright future.