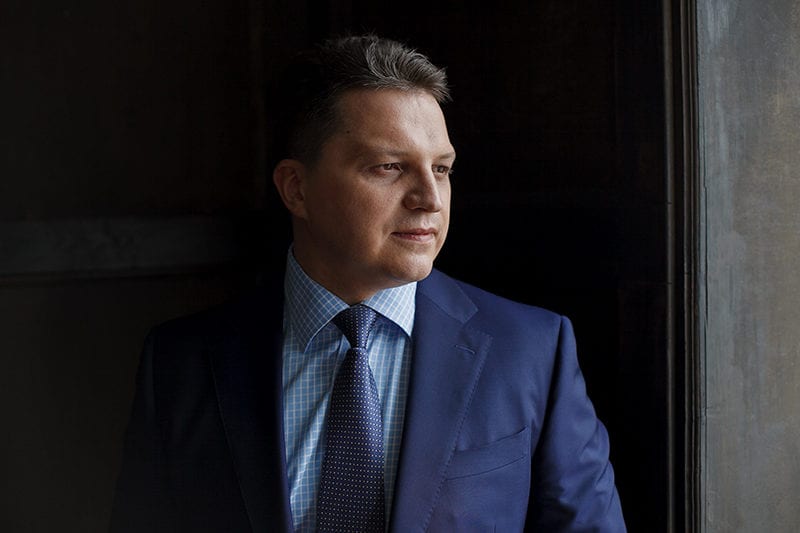 Russia has always been a successful market for satellite pay-TV. With a growing appetite for pay-TV and a huge amount of territory to cover, it is a good time for satellite to increase its impact. But, with customers around the world being influenced by the likes of Netflix, how are pay-TV operators in the region reacting to this market change? In an exclusive two-part interview, we talk to Orion Chief Executive Officer (CEO) Kirill Makhnovskiy about the pay-TV operator’s plans and what’s next for pay-TV in Russia.

VIA SATELLITE: What capacity is Orion leasing currently? What is the potential for capacity increase (new lease contracts) in the next year?

Makhnovskiy: We are leasing 15 units of 36-MHz transponders on Intelsat 15 and Horizons 2 satellites, broadcasting more than 250 TV-channels via them, and we are leasing three units of 54-MHz transponders and two units of 36-MHz transponders on the Express AM5 satellite, broadcasting 157 channels. All operators providing capacity at this point are ready to meet our requirements to provide extra satellite capacity. Hence, if required, we may take extra satellite capacity. Naturally, we rely on the market for pay-TV in Russia to develop, and this could lead to more channels being added to our platform.

VIA SATELLITE: Taking into consideration that at present, the pay-TV market in Russia is practically full, do you believe that there is still the potential for increase of subscriber quantity — or do we speak now only about ARPU increase? How will revenues increase in the next 2-3 years?

Makhnovskiy: The pay-TV market for individual households is close to saturation. The value of any new subscriber connection is getting even higher. We are seeing that as a result of Over-the-Top (OTT) coming into the market. There are large quantities of video services offerings now available to consumers in Russia.

Similar to cellular operators, satellite operators are searching for ways to transform more into telecommunication companies with different platforms covering a wide profile range — telecommunications, media, technologies. The most natural movement direction in this regard seems to be developing your own platform.

For example, we have a three million satellite TV subscriber base, and this continues to remain the basis on which we develop other Business to Business (B2B) services. Our activity has exceeded the scope of the federal satellite operator’s services. We act as the integrator of multi-media solutions. We play a key role in live broadcasting of major sports and cultural events. I believe that the move into more B2B services will lead to business growth.

VIA SATELLITE: Which specific trends do you see in the pay-TV market? How does the situation vary?

Makhnovskiy: Pay-TV coverage in Russia is at a very high level. It is definitely possible that Average Revenue Per User (ARPU) will increase. The positive market dynamic is supported by other external factors. Historically, TV in Russia was free of charge. Due to this fact, people were not used to paying for it. However, the new generation of TV-viewers is stricter and more selective than their parents. In response, new more niche TV channels are now available. We are seeing more and more segmenting of the audience and meeting the demands of each viewer in a very individual way. It is important to realize that the person accessing this content understands that in order to watch this high-quality exclusive content, they cannot do it for free.

VIA SATELLITE: In the U.K. over the last 12 months, BSkyB gained a lot of headlines recently with headlines involving “the end of the satellite dish.” Should the satellite industry be worried? What will be the mix of satellite and terrestrial technologies going forward?

Makhnovskiy: Regardless of such a statement, the quantity of satellite dishes in Great Britain has not reduced. In any European city, if you look up the sky, you will be able to see that the majority of houses are still equipped with a satellite dish. Obviously, the internet enters different areas of life in a more active way. New content presentation technologies are being implemented. However, regardless of these shifts, satellite continues to live and be developed. Thus, for example, satellite operators have become the first to bring 4K experiences and content to viewers. It is not particularly efficient to deliver 4K by terrestrial technologies, but satellite technologies cope with this task excellently. It is not just 4K and 8K technologies being tested. That is why it’s too early to bury satellite. And within the Russian territory with its size and population density, satellite television should remain in demand and commercially viable.

VIA SATELLITE: The satellite TV market has been very robust over the last years regardless of OTT development and other competitive offers. Will it continue to lead the way?

Makhnovskiy: It will remain, as far as satellite television allows for meeting the challenges that are impracticable to meet with other techniques. We receive access to Video on Demand (VOD) and more customized television via OTT-services … All leading satellite operators in Russia (Orion acted as the pioneer) have similar implemented OTT-solutions. They are frequently sold in combination. This points to the fact that while successfully using both resources, one may obtain greater success than while focusing the efforts on one of the trends.

VIA SATELLITE: What are your capital expenditures plans with regard to new technologies for the next two years?

Makhnovskiy: The key specific feature and advantage of satellite technologies is related to cost, particularly when it is a new project. Satellite capacity leasing, content and other components are classified as operating expenditures. As of today, we have revamped our operations, and use state-of-the-art equipment. We carefully follow all 4K television best practices. We have not transitioned to a High Efficiency Video Coding (HEVC) system, but we definitely planning to offer 4K content at some stage.

VIA SATELLITE: How do you assess the broadcast and 4K demand in Russia? Will you need more capabilities for it?

Makhnovskiy: Unfortunately, as of now there is no 4K broadcasting market in Russia. [By] offering this content, the satellite operators are not generating revenues, but spending them. However, 4K demand will grow. When Russia hosted the FIFA World Cup, Channel One Russia started the special version broadcasting all matches in 4K format free of charge. I think it was the best 4K promotion ever in the history of Russia. People bought new generation TV-sets because they wanted to watch football in 4K. I hope that operators will take up this trend and not miss the chance for its subsequent development. We think 4K content today has potential to be sold to consumers. I’d like to believe that we with my counterparts will be able to include these channels into the basic packages without further charges for the consumer.