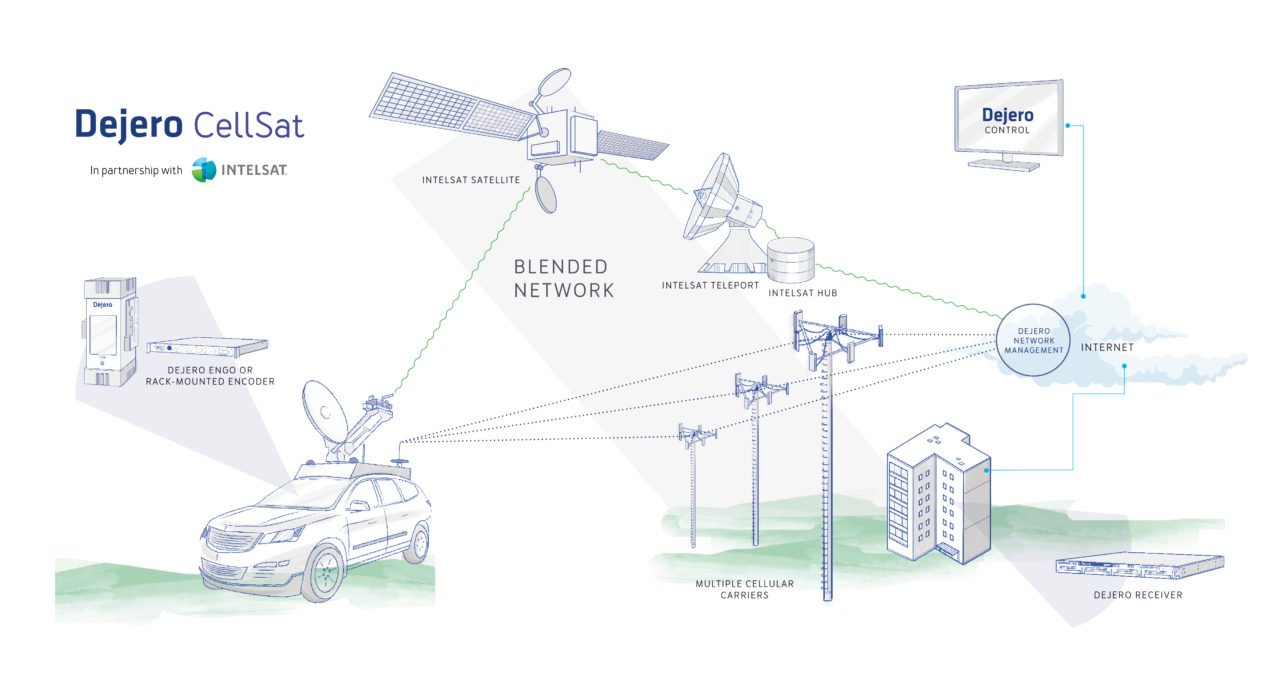 Dejero has formed a partnership with Intelsat to offer a new blended cellular and satellite service that enables live newsgathering in both remote and overcrowded locations. According to Dejero founder Bogdan Frusina, the CellSat service combines cellular connectivity from multiple network carriers with Intelsat Ku-band IP capacity to ensure broadcasters can maintain live television coverage regardless of the environment.

Dejero had previously developed a patent for its network blending technology — which coalesces up to six cellular connections — to allow remote access to newsroom systems in real time. Bonding multiple cellular connections into one network minimizes the effect of fluctuating bandwidth, packet loss and the latency differences of individual IP connections, the company stated.

However, in an interview with Via Satellite, Frusina pointed out that relying on cellular technology alone does come with some drawbacks, due largely to its lack of global availability. “Cell alone, if it was always available, would be an ideal solution,” he said. The problem, he specified, is that cell carriers only install infrastructure in places where it is likely to drive a significant Return on Investment (ROI), which means they often aren’t spending capital to connect places in remote locations. Due to the unpredictable nature of live newsgathering, it’s difficult to foresee the most economical places to build out cell infrastructure, and thus broadcasters are sometimes left with subpar quality of service. 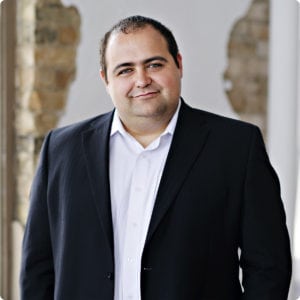 Additionally, the fact that cell technology is a shared communication channel means network congestion is inevitable on occasion. The further away a user device is from a cell tower, the more bits it will require to maintain connectivity. “The cell carrier doesn’t really like to allocate bits for somebody who has a poor signal [rather than] one who is closer,” Frusina said. Again, this can result in poor quality of service, particularly in overcrowded areas.

But by combining a blended cellular network with satellite capacity, CellSat can ensure that bandwidth rates remain at requested levels even if cellular connections dip due to congestion or other factors, Frusina said. The service manages the fluctuating bandwidth of individual cellular connections, but also allocates and boosts satellite bandwidth when necessary to guarantee a stable live shot.

Satellite is also more resilient during disasters such as earthquakes, which can wipe out terrestrial infrastructure like fiber and cell towers. Moreover, its wide footprint can cover locations where cell carriers have chosen not to invest in infrastructure — all in all, accommodating for the weaknesses of cellular technology.

Frusina highlighted too that CellSat allows broadcasters to bypass the somewhat “antiquated” paradigm that enables access to satellite capacity. Currently, broadcasters must book a window in advance to use satellite bandwidth — whether that’s for 15 minutes or an hour — and there are costs incurred if newsgatherers miss the window or have to extend it. Because CellSat “[simplifies] the way you buy satellite … you don’t have to worry about the traditional booking analysis and making sure you don’t go over your windows — all that operational overhead and management,” Frusina said. Instead, access to satellite is included in Dejero’s web management system, which orchestrates all of the networks that operate within it.

Although cellular connectivity is traditionally cheaper than satellite, CellSat offers a mid-point between the two, Frusina said, granting broadcasters additional flexibility when it comes to cost. “It gives customers the options to select what they really need for that environment,” he said.