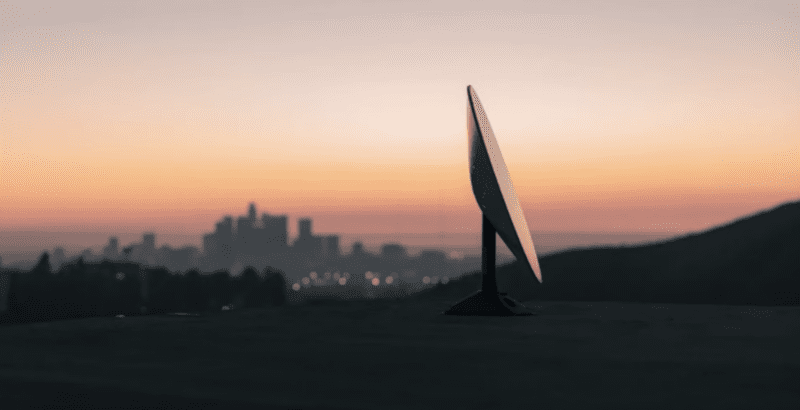 Representatives from Telesat and SpaceX dug into their companies’ plans for constellations in Low-Earth Orbit (LEO) and how they can provide backhaul in Via Satellite’s Cell Backhaul Digital Week session  “The Low-Latency Constellation Battle to Connect Rural North America” on Thursday.

The two systems differ in the markets they plan to tackle first, and their approaches to vertical integration. But both Manik Vinnakota, Telesat’s global director of Product and Commercial, and Jonathan Hofeller, SpaceX’s vice president of Starlink and Commercial Sales agreed that LEO constellations won’t cause the demise of the tower. Here are eight takeaways from their conversation:

Telesat LEO has plans for 300 satellites, and aims to place 78 in orbit in 2022, and 220 more in 2023. The operator has performed 20 tests with different operators and service providers including Telefonica. In addition, Telesat has filed for an extension to build a constellation of up to 1,600 satellites to cater to future demand.

SpaceX is awaiting its 10th Starlink launch, at which point it will have 538 satellites deployed. Its goal is to reach 1,440 to start commercial service. Hofeller said friends and family trials are underway, and SpaceX looks to begin commercial service in the next couple of months in the northern part of the United States, expanding across the world after. “By this time next year we’ll do this broadcast over the Starlink network,” Hofeller predicted. He also shared a target latency of 20 ms, which SpaceX hopes to drive down to 10 ms.

Hofeller shared a photo of SpaceX’s user terminal, which is built in-house (above). It’s about a 19-inch diameter phased array antenna. He also revealed he has one set up at his own home, and it’s as easy to use as SpaceX Founder Elon Musk says, no need to call an installation technician.

“I have deployed one on my house, it’s very exciting to get one,” he said. “The instructions are uber-easy. You plug it in, and you point it at the sky, and a few seconds later you have internet. It’s truly remarkable.”

SpaceX is primarily targeting the direct-to-consumer market but is also speaking with various vertical markets including telcos. Hofeller said the service compliments what telcos are doing in 5G, and will be most effective in rural areas where it is too expensive to deploy fiber. “That’s where our constellation shines, so we are looking forward to being a partner with these telcos,” he said.

Telesat, on the other hand, is targeting enterprise markets like mobility and government, in addition to backhaul. Vinnakota sees backhaul use cases with cell sites and community sites. Telsat plans to hit all enterprise markets from the start, even those with varying requirements. “We want to build a backhaul product that works for everyone,” Vinnakota said.

4. They have different views on vertical integration

Vinnakota said Telesat LEO will not be vertically integrated, and working with partners is key to its strategy, both on the ground segment and on the service side. Telesat is working with vendors on its ground segment terminal, with a particular focus on Size Weight and Power (SWAP), and also working with service providers to target different enterprise markets.

“We work with service providers and we believe service providers in the other markets add a lot of value. Customized backhaul for aviation, maritime, cruise. They add the additional customization that is needed,” he said.

SpaceX, on the other hand, is building its own terminal and gateways. “The beauty of being vertically integrated both on the user terminal, the gateways and the satellite piece of it is that we are constantly updating and improving the connection between those pieces of infrastructure,” Hofeller said.

Vinnakota was reticent to give a price point for Telesat LEO’s Mbps per month, saying that it will be highly competitive with the best satellite networks, and the price will vary by vertical.

“As soon as we can get inter-satellite links, I know that is something that we want to do,” Hofeller said. “We have to make sure it’s cost effective in order to provide it and implement into the constellation. That’s something we are attacking internally and aggressively and it’s something that we know will greatly enhance the system, both for consumers and enterprise customers, and our government customers as well.”

7. Neither see LEO constellations as a replacement for cell towers

“Telesat LEO will not replace cell towers,”  Vinnakota said. “We will compliment them. Going back to our backhaul focus, a lot of these small cells may be [cut] off from fiber coverage and need a backhaul solution.”

Hofeller agreed, and said Starlink will compliment Mobile Network Operators (MNOs) and could factor into how MNOs look at regional deployment in the future:  “As we get more and more dense into connectivity, that is not our sweet spot. While we can provide backhaul in remote regions .. our focus is on rural low-density populations as a compliment to the MNOs. I don’t see this as an end to the big towers.”

8. Both Telesat and SpaceX see regulatory access as their issue to tackle

Hofeller said SpaceX is working to make it as easy on telcos as possible, and has made progress toward regulatory access in multiple countries.

Telesat has market access in the U.S. and Canada, and will get regulatory authorization to serve a telco in its country, wherever that is:  “From a backhaul perspective, we are aware that traffic needs to land locally for data privacy or for other security reasons, for mobile operators especially. Our network is designed to be able to do that — local handoff, and local landing of traffic. Telcos don’t have to do anything, it’s on us,” Vinnakota said.