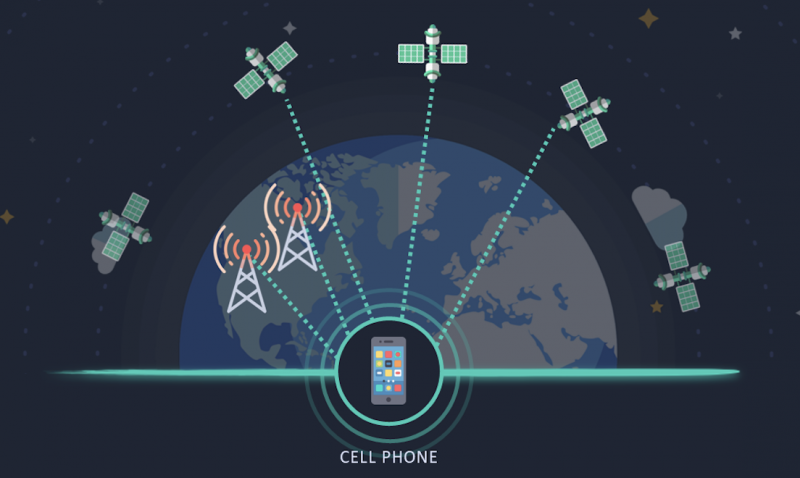 Lynk Global, which has patented satellite-to-cell technology, has filed for a commercial operator’s license with the FCC. The company announced May 25 that it expects to begin commercial service around the world next year, pending FCC approval.

Last year, the company hit a technology milestone by sending the first-ever message from a satellite directly to an unmodified cell phone on Earth. Currently, in order to connect and send messages outside of wireless networks, people in remote areas need special satellite phones, from companies like Iridium, Globalstar, or Inmarsat. Lynk says its technology will allow regular phones to connect to satellites and communicate in remote areas, or where networks are down due to a natural disaster.

CEO Charles Miller believes the market for this service is orders of magnitude greater than the satellite consumer broadband market pursued by SpaceX’s Starlink constellation and Viasat. He cites at least 2 billion people with existing phones that experience extended periods of this connectivity every year, and another 1 billion people in the world who would purchase a mobile phone if they had affordable coverage.

“There’s less than 2 million broadband satellite customers in the United States today. SpaceX will be doing wonderfully if they get 10 million subscribers. We will be doing our job when we get 2 billion subscribers,” Miller told Via Satellite. “We have a much bigger market than they do, and we are also complementary to them.”

Now, the company is sharing its plans to start commercial service. Lynk’s initial commercial license application uses the FCC’s streamlined process for up to 10 small satellites. Then, the company plans for a larger constellation of up to 5,000 satellites to begin continuous global service in 2025.

The company manufactures its own satellites in Falls Church, Virginia, and has four satellites in space. Its fifth satellite is set for SpaceX’s upcoming Transporter-2 rideshare mission, and it plans for its sixth and seventh satellite launches later this year.

Lynk’s go-to-market strategy is to offer its connectivity as a roaming service through Mobile Network Operators (MNOs). Miller says Lynk has signed dozens of testing agreements with MNOs and plans to institute a flagship carrier testing program, to test with 12 MNOs in 12 different countries. Lynk also plans to offer a free emergency messaging service in companies where it is licensed to operate.

Initial service will focus on messaging, but will ramp up to broadband as the network increases in satellite capacity. Miller believes this technology has life-saving potential.

“The first order of the day is providing everyone with connectivity, so people don’t die because the network is swamped — this is a safety issue. We need to make sure everybody’s connected, and the only way we can do that is by limiting what you can do with the phone at the start, until we get more capacity,” he said.

Miller points out that this strategy of partnering with MNOs as a roaming service is the same business model as AST SpaceMobile, but the companies have very different technology. In an interview with Via Satellite last year, Miller dug into how Lynk’s technology “tricks” a cell phone to connect to a satellite.