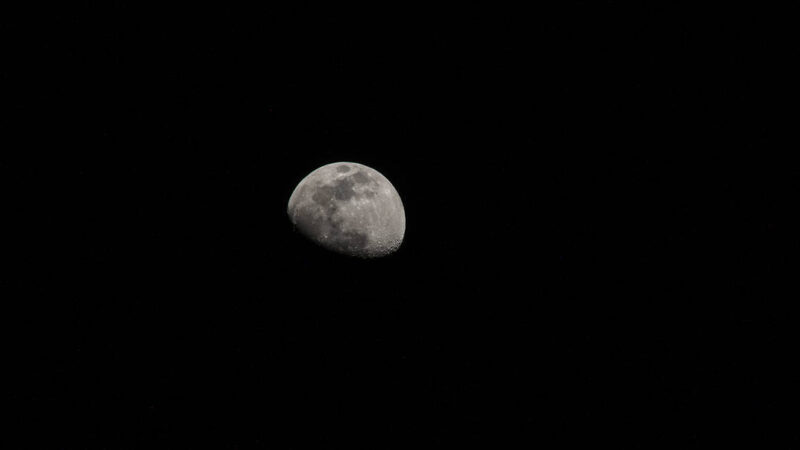 “Why would astronauts on Earth have access to 5G at home, but not have the same access to the same technologies when they are on the Moon?”

Thierry Klein, head of Enterprise and Industrial Automation Research Lab at Nokia Bell Labs, is addressing the gap between communication technology on the Moon and technology astronauts have access to on Earth. In October, Nokia was named a NASA partner for its Tipping Point technologies for the Moon program, receiving a $14 million contract to deploy the first LTE/4G communications system on the Moon.

Nokia Bell Labs, the company’s research arm, is partnering with Intuitive Machines to integrate the network into the company’s lunar lander and deliver it to the lunar surface. The network is designed to self-configure upon deployment. It is designed to provide communication for different data transmission applications, including command and control functions, remote control of lunar rovers, and streaming of high definition video. In this interview with Via Satellite, Klein digs into this example of space and terrestrial working together, and how this project can impact access on Earth.

VIA SATELLITE: Put this deal into context — is this a ground-breaking project for Nokia?

Klein: It is definitely ground-breaking from a technology perspective. The main objective for us is to leverage the commercial technologies that we have deployed all over the world, in service provider and enterprise networks, for consumers and industrial applications. We want to adapt these technologies and harden them for the extreme environments in space and on the lunar surface.

VIA SATELLITE: How excited are you to work with NASA on this project, and how long had you been talking to NASA about this?

Klein: We are all super excited about this opportunity because deep down, we are all space geeks and we closely follow what is happening in space. I was too young to see the Moon landing, but I have always been fascinated by space. There is a lot of interest and excitement around this collaboration — I have a lot of people sending me emails from within the company asking me to work on the project.

In 2018, we were selected to work with Vodafone, Audi, and PTS, a German space startup. We were selected as a technology partner for Vodafone for what was called the “Mission to the Moon.” That project had a similar objective — to put LTE on the Moon.  We’ve been working on building this system since then. We are in regular contact with NASA, so we understand their long-term vision and their view on cellular communication versus the proprietary technologies that they have used. We saw the opportunity to submit a proposal to the Tipping Point program and submitted a proposal based on the working system that we had already developed. The NASA Tipping Point program seemed like a perfect opportunity to validate the technology that we had developed on an actual mission. The move to the next technology readiness level requires a flight, since you can only go so far in test labs on Earth. Our vision matched NASA’s, so it was really the right time and the right opportunity.

VIA SATELLITE: What are the challenges to building a network on the Moon? It sounds like science fiction. How difficult will this be?

Klein: The main challenge is the environment. We know how to build the core 4G and LTE systems and how to transmit data wirelessly. The first challenge is all of the space hardening, whether it is for the launch of the rocket, the landing on the Moon, or the extreme mechanical stress that the equipment will be exposed to in terms of shock, vibration, and acceleration.

We also need to harden the equipment for the unique space environment, like the extreme hot and cold temperatures, the vacuum, radiation, and the impact of radiation on the equipment. That is a really difficult problem.

I would say the third challenge comes from the operational environment. We need to be very meticulous about size, weight, and power consumption. We need to worry about integrating our network equipment with the lunar lander and integration with the lunar rover. We need to have a fully operational system that is reliable and robust because we can’t send a technician to the Moon to make configuration changes or reboot the system. The system has to be completely autonomous and we need to be able to remotely monitor, manage, and configure it from mission control on Earth.

VIA SATELLITE: How many people from Nokia will work on this project?

Klein: We can’t share the specific numbers, but what I can say is that we are really tapping into our global R&D team in the U.S. and Europe. The project is driven out of Nokia Bell Labs, which is the research arm of Nokia, and we are also working closely with our business groups. The scope of the project involves hardware, software, networking, mechanical engineering, thermal engineering, antenna design, etc. It is an end-to-end system requiring multidisciplinary expertise.

VIA SATELLITE: What do you hope to achieve through this project?

Klein: There are two parts. One is really specific to the mission — we want to validate that the system we have designed and built can actually operate in space. This is really the core of the mission and would open the door for cellular technologies to be used in space applications. Right now, a mix of proprietary technologies, some derived from military systems are used, and some of these technologies are quite old. The state-of-the-art cellular technologies used in terrestrial networks are currently not considered to be ready for space. We want to break that barrier and leverage the ecosystem and investments of the telecom industry by adapting and validating commercial technologies to demonstrate that commercial off-the-shelf networking solutions are viable alternatives. If we can validate 4G for space use, then it will be easy to migrate to 5G in the future.

But the broader ambition is to leverage the technology that we use in our everyday lives. I want to make sure that people in different environments, whether that is in mines, on oil rigs, on wind farms, or working in remote areas, have access to the most advanced technologies and capabilities that you and I use every day. When you get into these extreme environments, and need mission-critical connectivity, you want to access the most advanced communications capabilities available. Why would astronauts on Earth have access to 5G at home but not have the same access to the same technologies when they are on the Moon? I don’t want gaps between what they use in their personal lives and what they use in their professional lives.

VIA SATELLITE: Why do we need a cellular network on the Moon? What difference will it make?

Klein: There are two parts to this. If you look at space in general, there is an absolute increase in interest in space exploration. We have almost monthly launches now. NASA wants to place the next man and the first woman on the Moon in 2024, and they will need to communicate with each other, with their lunar equipment and with mission control on Earth. We need to enable them and make sure their missions are successful by giving them the communication capabilities that they will need.

VIA SATELLITE: How do you view the opportunities for Nokia to work with the satellite and space community going forward?

Klein: Once we have validated this technology, it might open up opportunities for establishing longer-term communications on the Moon or other space applications, including on the International Space Station [ISS] or Mars. That will require building out larger networks to enable larger coverage areas for surface communication, orbit-to-surface communication, indoor communication, as well as suit-to-suit communications. Such advanced connectivity will support video transmission, telemetry data, biometric data, robot control and collection of IoT [Internet of Things] sensor data. There are a lot of applications we envision in the future for any lunar missions and any missions that involve a longer-term presence on the Moon and beyond.

But it really starts with validating the base technology and opening up further opportunities for applications that we use in extreme enterprise/industrial environments. It is in our DNA at Nokia Bell Labs to go after the extreme and most challenging problems on Earth. We see parallels between the network requirements on the Moon and those encountered in mines, oil platforms, or wind farms in a remote environment.

VIA SATELLITE: What are your thoughts on space-based communications and how it could develop, not just for Nokia, but for all involved in the space and telecoms industries?

Klein: If endeavors like space exploration and space tourism become a reality, then the need and the expectations for space-based communications will also increase. As you have more and more people going into space, performing more sophisticated missions, why would you not want to have the same capabilities that you have back on Earth? People will ask for these technologies, and they will not want to have different technologies in space than what they are used to on Earth.