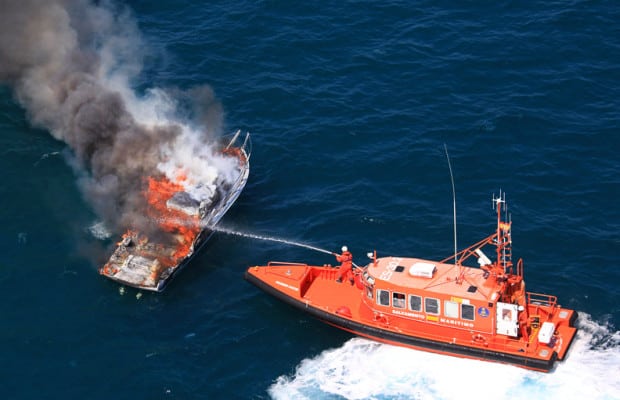 Salvamento Maritimo attaches small Spot Trace units to human-like dummies that are placed in the ocean to simulate emergency search and rescue situations. By capturing and analyzing the tracking data from Spot Trace as the dummy moves in the water, Salvamento Maritimo can determine how far a person in water might drift due to ocean waves, currents and winds using the Search and Rescue Model and Response System (SARMAP) application. By accurately predicting the movement of victims in the ocean, Salvamento Maritimo can refine and enhance its rescue procedures and life-saving operations.

According to Salvamento Maritimo, the data that Spot transmits via satellite is pivotal to assessing the validity of theoretical ocean current modeling programs. When assumptions and predictions of wave patterns and drift are ratified by Spot data, rescuers can be more confident that their operations and processes are informed and that personnel are well trained and prepared to respond in an emergency.