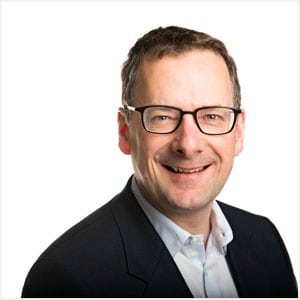 Since its inception, O3b Networks, now part of SES, has been one of the most talked-about companies in the satellite sector. O3b is now well established with a number of satellites launched and a number of different types of customers. Via Satellite got the opportunity to catch up with O3b CEO Steve Collar, to talk about recent events such as company’s attempts to break into the lucrative U.S. government market, as well as the benefits of now being fully under the SES umbrella.

VIA SATELLITE: Where is the company in terms of its capital expenditure plans going forward? When will be the next lot of Requests for Proposals (RFPs)?

Collar: We have eight new O3b satellites under construction, the first four of which will launch at the end of this year or the very beginning of next year. We are also working very hard on our follow-on next generation architecture. I can’t say too much about it but it is very high on our priority list and it is super exciting. Hopefully we will have something to say over the course of the first half of this year.

VIA SATELLITE: What does the next growth phase of O3b look like? Where does the company go next?

Collar: The concept of O3b was always a scalable system and a scalable network that you can start small and grow as the market develops. We now have a well-proven value proposition to the market and the next set of satellites build on that strong base. I am very optimistic that the solution that we have for our follow-on architecture will be extremely competitive with anything else that is either in the market now or planned for the future.

For O3b, because we are equatorial, it is not about launching hundreds of satellites — although we certainly have the ability to — it is more about developing the capability and efficiency of each satellite. Our follow-on architecture will reflect a massive step up in terms of throughput, coverage, flexibility and capability. It will be a real shift in terms of performance.

VIA SATELLITE: When we spoke last year you said that, in terms of growth, 2014 was the year of maritime, 2015 was energy, and you expected 2016 to be the year for government. Did that prove to be the case?

Collar: It really did. We got our first Department of Defense (DoD) customer signed, commissioned and operational over the O3b network. We spent a good amount of time with the Combatant Commands within the DoD, talking to them about the benefits of higher speed and throughput and the improvements in applications performance that they could expect. We then proved it through a number of highly interactive demos where we set up links and the government brought their suite of applications and equipment to test. They were blown away. It was one of the reasons that I was so optimistic because we saw the reaction of the government users, particularly the users in the field who have the responsibility of moving the data about the place and achieving the government’s mission.

For our first deal, we have stood up two major backhaul sites in Southwest Asia working with SES Government Solutions to support U.S. Central Command (CENTCOM). The first deployment there has attracted a lot of interest and it’s a major reference for many more opportunities going forward. It’s super exciting.

We are also doing a good amount of work in government aero. The O3b system can deliver more bandwidth onto an aeronautical platform and, just as importantly, take more data off an aeronautical platform, than any other solution out there. That is attracting a lot of interest. We are not quite at the same point in terms of a contract but it doesn’t feel far away. I could not be happier with the progress we made in 2016 on the government side.

VIA SATELLITE: What will be the vertical you think O3b will have the most impact in in 2017?

Collar: 2017 will see us build on the strong entry we have in the high-end verticals. Energy has obviously been a tricky market over the last couple of years but we feel that it is coming back. We signed a very significant deal in Brazil serving offshore Floating Production, Storage and Offloading (FPSO) units and we are in the course of implementing that right now.

Energy, maritime and government will all grow for O3b in 2017. That said, the thing I am probably most excited about in 2017 is in the core telecommunications and Mobile Network Operator (MNO) area and our evolution as a business toward data networking and the additional value that we can bring. We are becoming less a satellite operator in the traditional sense and more a data network provider, engaging our customers in discussions about how we can provide more than just connectivity, having different kinds of conversations, managing their networks for them, delivering incremental value, etc. With the segments we are addressing today, we already have a great portfolio of customers and products. Now, it is about going deeper.

VIA SATELLITE: You said the tone of the conversations is changing. How is that happening? Can you give us an example?

Collar: If you take a telco serving a country or region in the emerging markets, we have established a high performance link to them over O3b and, more often than not, it has driven substantial demand in their network. Now we are starting to engage around how we can either help them make more money or save money rather than simply focusing on bandwidth. Once you are in a telco’s network, you can start having these conversations. It starts with the link but quickly becomes a discussion about our customers’ network and its performance. How are you attacking the education or financial services market in your region? Is there anything we can do to support you there and help you grow your business? How is the performance of your network downstream of our link and is it inhibiting growth? Do we know what your link is carrying and does it make sense to peer differently, cache content, etc.? Our early experience is that this approach drives fantastic customer engagement and we can add more value than you could possibly imagine. It is going beyond just delivering a link. It is changing the thinking away from satellite infrastructure and approaching it from the perspective of the customers’ network. And the approach has great applicability in the energy or maritime business as well.

VIA SATELLITE: Obviously since we last spoke SES has now taken control of O3b. Has anything changed in the day to day running of the company?

Collar: Nothing has changed in the day to day running of the company but the full acquisition of O3b by SES is a hugely positive thing for both companies. There are a lot of things that we can do together that are much easier than they would be as separate businesses. The combined value proposition of O3b and the SES infrastructure together with the end-to-end service capabilities that we have built, positions us uniquely as a company.

VIA SATELLITE: When you talked about government before you spoke about not just the U.S. government but an international play. How did this pan out?

Collar: It is certainly the case we see relevance for O3b in international government. The truth is that the U.S. government still remains the largest user of commercial satcom services. That is the starting point for us, but we definitely see relevance for the services we provide to the U.S. government on a more international basis. The African peacekeeping network that we have successfully deployed during 2016 and is now delivering service in eight missions across Africa is a great example of that. It is changing the way peacekeepers are operating. It is changing the access to information in region, the ability of missions to communicate back to headquarters and the way peacekeepers can respond to regional threats.

VIA SATELLITE: What do you see as the talking points in the industry in 2017?

Collar: I think there will be continued focus around the viability of the big systems, particularly the Low Earth Orbit (LEO) systems. There is a lot of money either being invested or being contemplated with respect to LEOs but the business case for such systems still remains incredibly challenged, not to mention the technical complexity. Equally, I think the performance of the major satellite operators will also be a source of focus. 2016 was not a great year in terms of the performance of the stock of the large operators as the market somewhat turned against them. In my view this was probably overdone but I think there will be renewed focus on performance and growth. Lastly, the enabling technologies such as flat panel antennas systems, high throughput modems, and integrated operating systems will continue to develop and become more real in 2017. An exciting year ahead!t