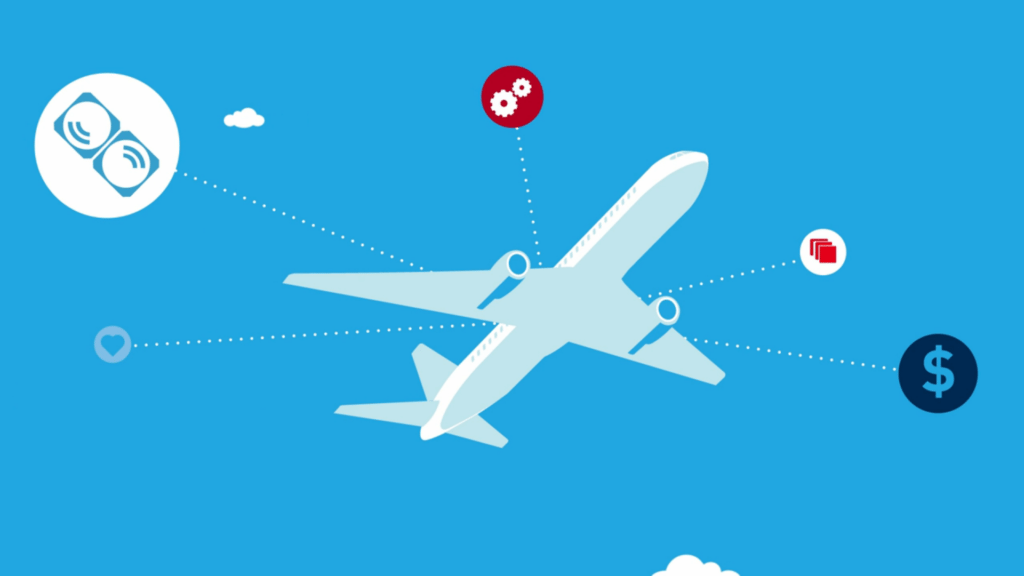 [Via Satellite 11-08-2016] With its satellite-based In-Flight Connectivity (IFC) solution, 2Ku, up and running and in the midst of aircraft installs, Gogo has again switched its network focus, this time to a new ground infrastructure announced last month that will make use of unlicensed spectrum. While the company’s near-term efforts will focus on accelerating 2Ku installations, Gogo CEO Michael Small touted the in-progress Air-to-Ground (ATG) solution during the company’s third-quarter conference call as one that will leverage “more than 60 megahertz of spectrum and the 2.4G band” to offer a streaming-class ATG experience similar to the company’s satellite network.

2Ku was launched with AeroMexico earlier this year and, as of the Nov. 3 conference call, is flying on 47 aircraft across five airlines. Going forward, Gogo is spearheading a huge ramp up to bring 500 aircraft online with 2Ku by the end of 2017 with the aim of working down a backlog of 1,500 aircraft, Small told investors and journalists on the call.

The IFC provider had been touting its new satellite solution as a way to remain competitive with satellite-based providers edging in on their market share. The most notable opponent is satellite operator ViaSat, which has most recently nailed down contracts with airlines outside of the U.S. such as Finnair and El Al and edged out Gogo for a contract to equip American Airlines’ new Boeing 737 Max fleet. American had installed Gogo on earlier aircraft and threatened a lawsuit in early 2016 that claimed Gogo’s first-generation solution, installed on some 200 aircraft was not up to par with competition.

2Ku has indeed allowed Gogo to expand globally, as its network generated by a U.S.-based ground infrastructure previously limited the company’s reach. Within the last quarter Air France-KLM signed on to equip its long-haul fleet with the satellite network alongside existing customers such as British Airways and Virgin Atlantic. Gogo also secured regulatory approvals to deliver Ku-band IFC to airlines operating in China through its partner China Telecom Satellite during the quarter. At least one unnamed airline is signed on to install Gogo’s 2Ku on their aircraft and current operators, such as Delta, can now maintain connectivity when flying in Chinese airspace.

With 2Ku up and running, the company is now looking to bolster its North American market share with business and regional operators with its latest ground network. The new network will launch in 2018 and use unlicensed spectrum, a proprietary modem, and a new beam-forming antenna to produce “peak network speeds” of more than 100 Mbps, according to the company’s September announcement.

“This new offering is made possible by patented and proprietary technology we have developed over the last two decades. By leveraging more than 60 megahertz of spectrum and the 2.4G band we can offer a streaming class ATG experience similar to our global satellite network,” Small said during the company’s third quarter conference call. As a fully integrated solution that combines Gogo’s existing licensed spectrum with unlicensed spectrum in the 2.4-gigahertz band, Small believes that the solution will have an edge over growing competition.

“Unlicensed spectrum alone is not enough. The integrated nature of our offering is the only way to reliably provide the industry-leading speeds instead of [Business Aviation] BA and [Commercial Aviation] CA customers demand,” said Small.

“In launching our new offerings we have significant economic advantages including time to market, because we can leverage our existing ground infrastructure distribution channel’s operational capabilities in aircraft hardware. For a relatively low cost, we will be able to bring forth more than a 10-fold capacity increase. In short, we will have the best ground network at the lowest cost in the United States and Canada,” Small claimed.