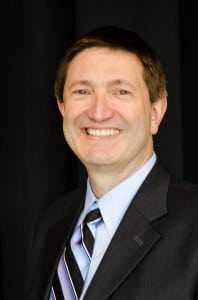 [Via Satellite 01-26-2016] The LoRa Alliance, a fast growing industry organization in the Internet of Things (IoT) space, is interested in having satellite companies join its ranks to help set standards for this emerging sector. Founded 10 months ago, the LoRa Alliance started with 11 members, and has since grown to more than 200. The non-profit organization is focused on standardizing Low Power Wide Area Networks (LPWAN) for IoT applications through the LoRa protocol (LoRaWAN), which aims to become a global, interoperable standard.

In an interview with Via Satellite, Geoff Mulligan, chairman of the LoRa Alliance, said the organization is very open to including satellite operators in the mix to help develop the best possible standard. The LoRa Alliance focuses on networks for rural areas, mainly the last 10 to 30 kilometer hop, to efficiently aggregate data and deliver it to its intended source. Mulligan said satellite could play a role in this environment by backhauling data after it has been collected from a large area.

“At the end of the day [a] rural network still needs to get connected back to the cloud or its servers, wherever they happen to be. I think that the really unique portion of the LoRa design is that that connectivity from the edge devices to the access point gateway device can both aggregate, do some smart filtering of the data, and then use the satellite network as a backhaul between that point and the rest of the Internet, the cloud, or whatever it happens to be,” he said.

Mulligan said LoRa Alliance networks are designed to enable low power battery operated sensors, and arguably also controllers, to be spread over wide areas that are not easy to build with other low power radio technologies. For many such devices it would be either too costly economically or from a power consumption standpoint to employ most major telecommunications infrastructure, including satellite. But in the absence of fiber, satellite can fill the backhaul void; and given that remote and rural areas are a primary market opportunity for satellite players, this makes sense as a potential role for the technology.

Mulligan said the LoRa Alliance recently unveiled its 1.0 specification, and later discovered it faced an issue with roaming between various network operators. The early specification lacked some key feature functions that operators felt were necessary in order to build robust networks from their point of view. Mulligan described the participation of such operators as critical in augmenting the 1.0 specification. The LoRa Alliance is soon to produce its 1.1 specification based on their feedback. This, said Mulligan, is why the organization is very receptive to including satellite operators too.

“Who knows better than the satellite companies on how to properly aggregate, properly filter and properly integrate with a satellite connection than a satellite company? I think we, as an alliance, see a great synergy there, but without understanding the nuances there of the right way to connect these things, we could be making the wrong decisions as we are developing our technical specifications and how they interface with the Internet, satellite networks, cellular — to us it’s extremely important to have those operators in the mix and working with us,” he said.

Mulligan said the IoT has not grown as fast as it could have because of disparate standards. He described the environment today as a greenfield, with lots of players all offering different standards. Sometimes this makes sense, he said, because the umbrella term IoT does encompass many different environments, but Mulligan stressed the need for greater uniformity.

“Everyone is trying to define their own space here and, as a result, you end up having to have a specific set of tools and protocols for each different thing. Obviously when you talk about these small embedded devices, they can’t support 15, 20 or 30 different types of protocols — they can barely support one — so we can’t have this mishmash of protocols. It does need to boil down to create a great set of interoperable standards,” he said.

Today the LoRa Alliance has few companies with significant stakes in the satellite industry as part of its membership. Geographically, the majority of its membership is in Europe and North America, with a sizeable percentage also in Asia. Mulligan said the LoRa Alliance hopes to reach 250 members by the time the organization reaches its one-year anniversary. Satellite companies could be a part of this growth.