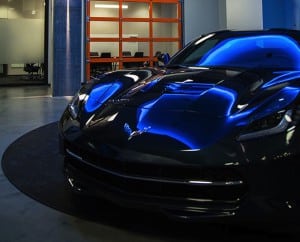 [Via Satellite 07-07-2015] U.S. telco giant AT&T expects to connect nearly half of all new U.S. passenger vehicles this year, and to have more than 10 million vehicles on its network by the end of 2017. By the first quarter of 2015, the company added 684,000 connected cars, and is intensely researching ways to expand the capabilities as it gains traction. The connected car is a high profile opportunity for the telecommunications industry and a growing market that the satellite industry has pursued with interest in recent years.

AT&T established an emerging device organization in late 2008, and began connecting the Carwings telematics system in the Nissan Leaf electric car early on. Over the past several years, the company announced partnerships with eight automakers: Audi, BMW, GM, Ford, Tesla, Nissan, Volvo, and Subaru. Through these agreements and other efforts, AT&T is building out its connected car platform to reach an ever-increasing number of devices.

“We envision a future where the connected car is integrated seamlessly into other parts of our lives, like the smartphone, wearable, and even the home. In the future, you could have one phone number for all your devices — and all those devices would be seamlessly connected to each other. With this level of integration, you could send and receive texts, check an email, open the garage door, monitor blood pressure, adjust your home’s temperature, record and watch TV, unlock your car, check your car’s diagnostic information and more from your personal device, from your car or at home,” Robert Hyatt, director of business development at AT&T, told Via Satellite.

While the satellite industry has made significant strides in aviation and held a long-time presence in maritime, cellular service providers largely dominate the connected car market. Hyatt said there are similarities between these markets and the automotive sector where satellite could be influential.

“We do see parallels and interdependencies between these markets. For example, we see an opportunity for automakers to track the location of cars shipped overseas via satellite, and upon arrival in their destination port, the cars can be activated on the cellular network for interactive services like precision tracking of location and/or over-the-air software updates,” he said.

AT&T currently offers automakers a global SIM platform that provides wireless connections in more than 200 countries and territories. Hyatt said the company does not have anything to share on connected car via satellite connectivity at this point. Last year AT&T entered an agreement to purchase U.S. satellite pay-TV giant DirecTV. In a June 29 SEC filing, the company said it “expects that the merger will be consummated shortly.”

AT&T previously established “innovation centers” — AT&T Labs and the AT&T Foundry — to develop new capabilities to promote safe driving and productivity. In January 2014, the telco opened the AT&T Drive Studio to focus on connected car research and ideation. AT&T collaborates with other companies at the 5,000 plus square foot facility on future connected car ideas.

“One thing we learned early on is that one size does not fit all when it comes to connected car,” explained Hyatt. “Each automaker has different priorities for the connected car. Through our work at the AT&T Drive Studio and AT&T Foundry, we are able to collaborate with automakers, as well as technology partners and developers, to bring to life the experience and future of the connected car as car designers envision it and do so at an accelerated pace.”

AT&T sees Europe, the U.S. and East and South Asia as frontrunners for connected car adoption, with the U.S. becoming a standout market. In a study with Ericsson, AT&T found that among customers likely to purchase a car in the next five years in the U.S., Germany, Brazil, Japan, and China, half of surveyed drivers would switch brands to get connected car services, and 72 percent would delay a car purchase by a year if it meant their preferred brand would have connected car services by then. In the U.S., 67 percent of drivers indicated they would probably or definitely buy connectivity or Wi-Fi service if available in their car. Machina Research Principal Analyst Jeremy Green told Via Satellite that the U.S. is part of the largest connected car market today according to the firm’s research.

“In terms of regions, North America still dominates, followed by Europe — with Asia-Pacific showing fastest growth,” he said. “We estimate 41.6 million connected cars (that’s cars with a built-in, connected vehicle platform) were sold in 2014, growing to 100.7 million by 2016.”

Hyatt added that consumers are also increasingly aware of connected features like roadside assistance, navigation and real-time traffic, remote start, streaming music, usage-based insurance tracking, and Wi-Fi hotspots. Among early adopters, Millennials and Generation-Y consumers are showing the highest interest for connected music services. Hyatt said audio services such as podcasts and audio books skew slightly older in their draw, and that safety services like automated roadside assistance finds greater appeal to families and an older demographic. He noted connectivity in the car is becoming more significant for all demographics.

“The connected car is already becoming an important factor in consumers’ car-buying decisions, and it’s only getting more competitive for automakers to capture customers globally through connected car solutions,” said Hyatt.