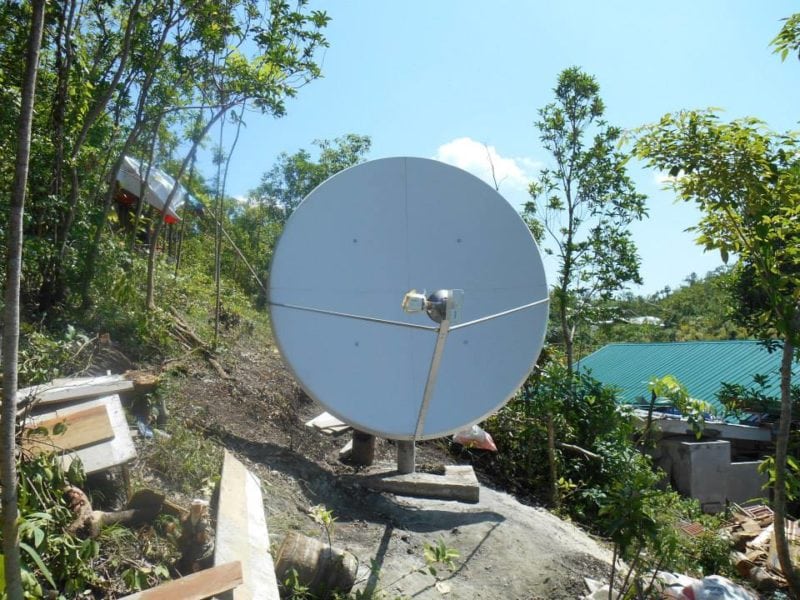 [Via Satellite 07-25-2014] Disaster Tech Lab recently completed its after-action report following a 163-day deployment in the Philippines. The non-profit was an active participant in the relief effort following Typhoon Haiyan, a Category 5 cyclone recognized as one of the strongest cyclones in recorded history. The storm struck the Philippines on Nov. 8 2013, making landfall five times.

Disaster Tech Lab coordinated with Nethope, the Red Cross and the United Nations Office for the Coordination of Humanitarian Affairs (UNOCHA), as well as local Philippine telecom providers and others starting Nov. 11, 2013. Later the group, in tandem with volunteers, moved an advanced team to Cebu Island to bring satellite connectivity and medical support. These and numerous other tasks filled the non-profit’s longest deployment, including 17 volunteers and several thousand dollars in support.

The next closest deployment in length was in response to flooding in Boulder, Colo. in 2013. Evert Bopp, founder of Disaster Tech Lab, told Via Satellite the Philippine disaster was much bigger in both breadth and scope of the tasks that needed to be done to restore connectivity as well as provide medical assistance.

“There really was a huge need for aid in the Philippines,” he explained. “In Boulder, yes it was a disaster, and there was a lot of infrastructure damage, but the disaster happened in a first world country with all the first world resources. In the Philippines … nobody has the facilitated services ready for a disaster. There is a lot more need there and that’s the reason our deployment lasted so long. We are already planning a follow-up later this year in September.”

Disaster Tech Lab collected wireless signal survey data for both broadband and cellular networks for the region spanning from Cebu City to the northern end of Bantayan Island. The organization then shared this information through the Digital Humanitarian Network with other agencies. Disaster Tech Lab reported approximately 2100 people, both local and emergency responders, used the Internet access. Bopp said less populated areas remained in need of satellite connectivity for longer than more populated areas during the disaster response.

“In the Philippines it was very interesting because the large response in the Tacloban area soaked up almost all the satellite services, so there was almost a vacuum that made it difficult for organizations like ours to get satellite services into the areas that they were needed,” he said.

Disaster Tech Lab installed a permanent six and a half foot C-band satellite dish at Camp Arapal on Cebu Island. Now the main means of connectivity, the organization provided training to use the dish prior to leaving.

“A lot is changing from when it used to be very much top-down structure with large governments and large NGOs to citizens,” said Bopp. “Since the earthquake in Haiti there has been an upsurge in grassroots efforts involving lots of volunteers and also more local citizens.”

Disaster Tech Lab received in-kind donations from Airlink, Aruba Networks, Goal Zero, Cascade Designs, ProSys, Pelican Cases and Direct Relief. The total cost of the deployment was approximately $16,000. Disaster Tech Lab stepped in to fill a need in an area that received less focus following Typhoon Haiyan. Bopp said he hopes larger organizations will look to work together with smaller non-profits in the future as they look to play a pivotal role in aiding and conducting relief efforts.

“Organizations like the UN and the World Food Program, they have lots of satellite connectivity and other resources, but it only gets shared within those organizations. There are a whole lot of organizations like ours who are also doing very valuable work and filling the gaps,” he said.

Bopp said Disaster Tech Lab’s follow-up trip for later this year was planned back in March 2014, which is well before the original response trip ended. The return trip will provide an opportunity to improve and expand on the wireless infrastructure on the island. It will also provide a longer chance to train people locally with both telecommunications and medicine.