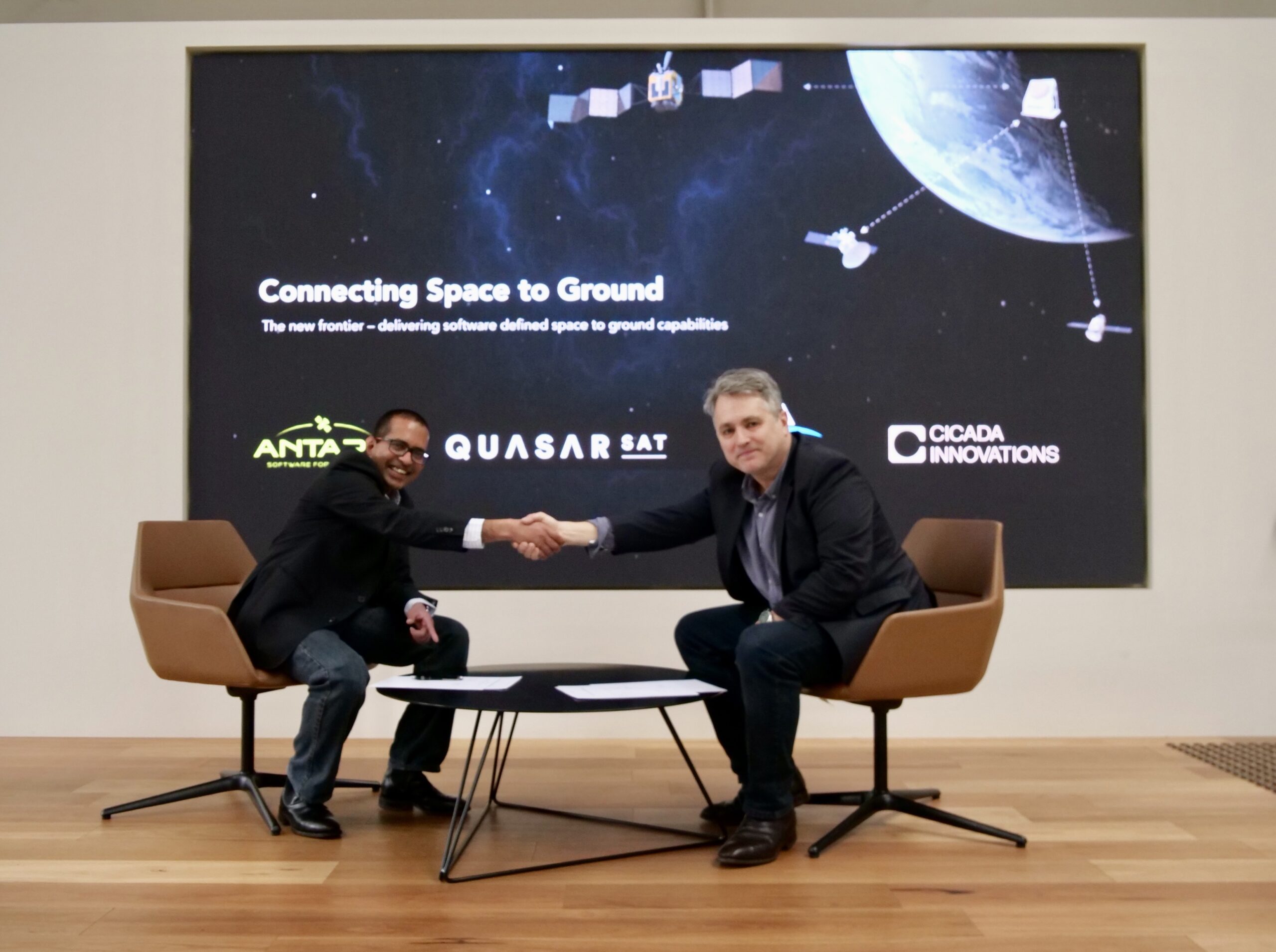 From left, Shankar Sivaprakasam, co-founder of Antaris and Phil Ridley, CEO of Quasarsat.

Antaris will be one of Quasar’s first demonstration users once the company’s multi-beam service launches in early 2023. Antaris plans to make ground contact from its demonstrator satellite, set to launch late 2022, via an API service with the company’s S-band antenna, and other bands in the future. Antaris plans to offer Quasar connectivity via its marketplace to customer base, which is expected to include satcom providers, space agencies, defense and intelligence entities and contractors, and space startups.

“Quasar’s digital multi-beam phased array ground station is a game-changer. Rather than having to establish links to satellite constellations using multiple ground stations and providers, Quasar’s connectivity from a single station vastly simplifies and creates a cost-effective Earth-spacecraft communication. Being able to offer Quasar connectivity-as-a-service via the Antaris software-defined satellite platform for our SaaS customers will give us a significant advantage as we start to roll out our platform to clients across the world,” Antaris co-founder, Shankar Sivaprakasam, said in a statement.