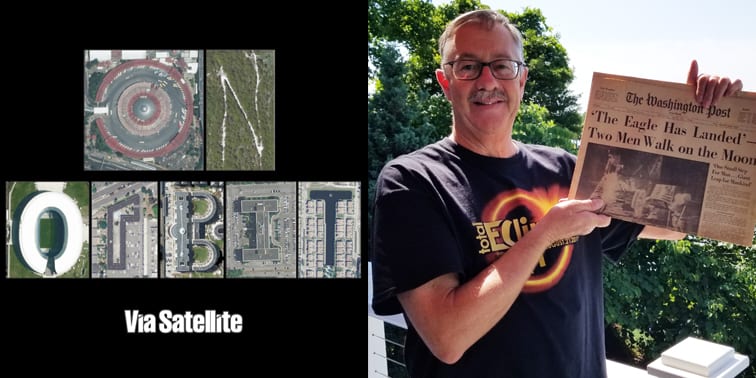 With the unveiling of the SATELLITE 2020 Conference Program this week, we have a very well-timed episode of On Orbit featuring an interview with Scott Chase, Chairman Emeritus of SATELLITE and former Editor-in-Chief of Via Satellite, detailing the evolution of the commercial satellite industry through the late 20th and early 21st century.

Scott tells On Orbit host Jeffrey Hill the SATELLITE show’s origin story. The annual event was created in 1981 as a small gathering of innovative minds and invested leaders, determined to realize their visions of a global voice, video, and data network. Scott shares his insights from his many years as chair of the event, and the lessons that the industry learned along the way from technologies and companies that failed despite great expectations.

We also have a very honest conversation about mentorship and industry diversity. Scott served as Jeff’s mentor in the years leading up to and during the hand-off of the SATELLITE chairman role. Jeff asks Scott about his thoughts on how the next generation of professionals will lead the industry and cultivate new innovation, the impact of private investors and STEM education, and the relatively recent surge in public interest for space exploration.

While innovative industries like commercial space are in constant states of change, with disruptive technologies changing the rules of the road, lessons from the past remain relevant, which we hope becomes clear after listening to this fascinating conversation with the former chair of the SATELLITE show. Enjoy!

Listen to the Episode here: