Are HAPs a Viable Way to Provide Telecom Infrastructure to Underserved Regions? 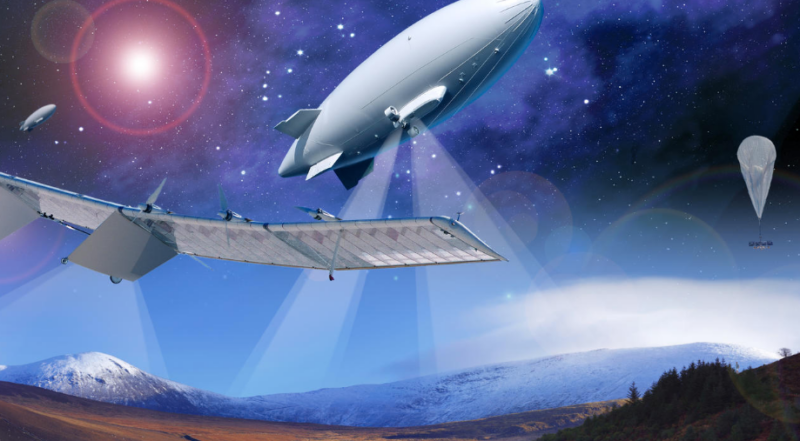 Roughly half of the world’s population is still offline. Some people can’t financially afford smartphones or telecom services, while others live in areas that make even subpar service unattainable. Thanks to mobile technology and broadband networks, it is possible for many of us to have the entire world of information at our fingertips. High-altitude platform (HAP) vehicles may help resolve this digital divide.

These vehicles operate in the stratosphere above weather and commercial aircraft routes so that they can perform remote sensing and create a telecommunications network. A HAP vehicle positioned high in the stratosphere can be used to provide many different functions, including: direct observation of Earth, atmospheric pollution analysis, weather prediction, navigation, and fire detection. But perhaps the most valuable functions that HAP vehicles offer is their ability to provide high-quality and low-cost telecommunication services to unserved and underserved regions while also reducing the cost of service to existing markets now served by high-priced satellites.

Even just a decade ago it was not possible to design a commercially viable HAP vehicle. Now, thanks to recent efficiency improvements in batteries and solar cells, a number of companies have begun developing various types of HAP vehicles.

A prime example of this is the recent decision by Google to close Loon. Created in 2011, Loon was marketed as a way to connect underserved people in the world. Google received a lot of positive publicity for this project, in part due to their track record as a successful technology developer. Yet even if the technology had worked, Google did not have a viable business case.

Loon launched multiple large helium-filled balloons with small radio systems attached, but they didn’t have any means of propulsion and floated with the winds. In order to provide useful telecom services, Loon’s balloons needed to remain in a limited geographic services area. Loon claimed that they would be able to control the balloons direction of travel by changing the altitude of the balloons, but this ended up not proving to be dependable or consistent. The “prevailing winds” ultimately prevailed and Loon vehicles were blown out of their designated service areas.

Loon was planned to operate at the edge of existing cell phone coverage areas to extend their coverage further out, but this quickly became problematic. Not only did Loon fail to operate in densely populated areas, it also didn’t work in remote regions because the balloon was designed to link with existing towers, which are nowhere to be found in underserved regions. In order to provide useful service, a Loon balloon would need to be in the right location at all times. Even if the balloons had been able to stay in the correct position, this small subset of the mobile service market wouldn’t have been large or profitable because Loon planned to “share” revenue with the licensed mobile operators.

Google management fell in love with cool technology. Spending billions of dollars only to make a thousand dollars turned out not to be a good idea after all.

Aircraft-type HAP developers also seem to have a similar blind spot about the HAP telecom market opportunity. High-altitude aircraft are known to experience similar technical limitations as Loon’s balloons. The fast-moving aircraft-type HAP vehicles cannot maintain a stationary position in relation to the ground and expensive ground terminals with steerable beam antennas are needed to link with them. HAP aircraft also support a very small payload weight and have limited electric power for wireless transmission.

The rapid movement of a HAP aircraft also makes it difficult to efficiently reuse available frequencies and functionality without interfering with other pre-existing operators. It will be difficult to provide enough bandwidth from an aircraft-type HAP to cover the cost of operations. While these vehicles can be useful for many types of activities, they are not the optimal technology to provide telecom infrastructure.

Instead, airship-type HAPs have the potential to provide telecom infrastructure to underserved regions. These vehicles can remain in a stationary position in relation to the ground. They use existing ground terminal equipment with fixed antennas and spot beams, which can be used to reuse frequencies, on a non-interference basis.

My company, Avealto Ltd., is currently in the final stage of development of an airship-type vehicle that will be optimized to provide wireless infrastructure. Our HAPs will emulate a geostationary satellite, but since the HAP vehicle is no more than 122 kilometers away from a ground terminal, instead of the distance of 35,786 kilometers for a satellite, the transmission power levels needed to provide a link are hundreds of times lower. HAP airships will be regulated as a “terrestrial” service provider, rather than a satellite, but will use many of the same technologies.

The Franco-Italian aerospace manufacturer company, Thales Alenia Space is taking a similar approach with an airship-type HAP vehicle. Their planned Stratobus vehicle was proposed to weigh 5,000 kg., be 100 meters long and 33 meters in diameter, with a payload weight of 250 kg., and have a lifetime in the stratosphere of five years. In addition to being able to conduct environmental monitoring missions, Stratobus is being designed to also provide global telecommunications coverage, focusing on one or more countries, or even an entire continent.

HAP vehicles are an efficient way to bring low-cost and high-quality telecom and data services to the underserved and unserved regions of the world. There is a well established correlation between reasonably priced and high-quality telecom infrastructure and economic prosperity. For example, farmers could use data to gain better insight into economic principles and market rates to sell their products at better prices. Mobile tech can also connect people in need with medical professionals to access life-saving treatment and resources regardless of their geographical location. 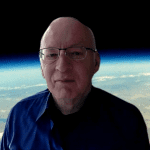 Walt Anderson is the founder & CEO of Avealto, which is developing a HAP vehicle that simulates a GEO satellite in providing telecom services to remote and unserved regions. Walt is an early-stage investor in various private space ventures, including MirCorp. Co-founder of the International Space University.