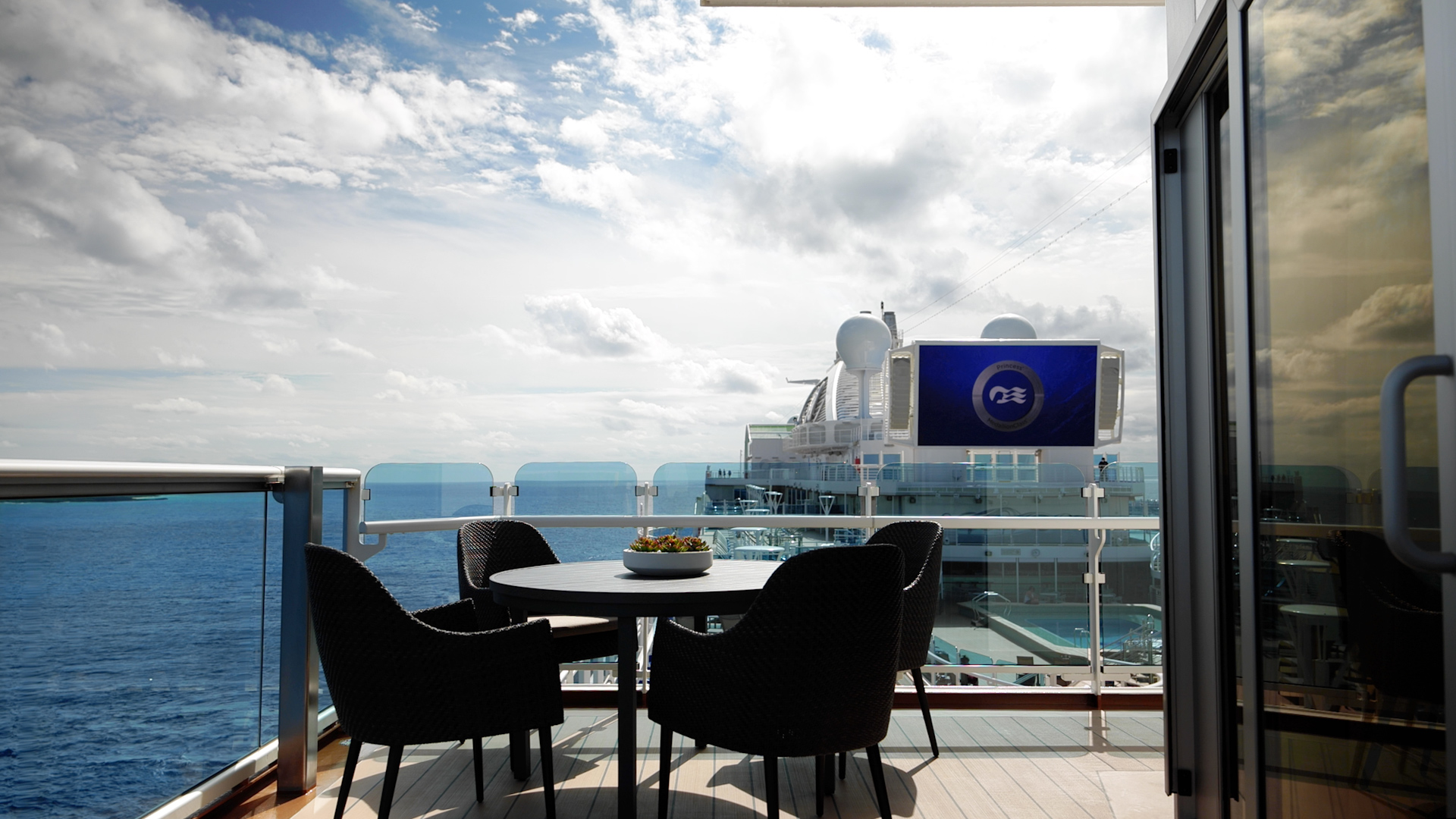 In October this year, Carnival Cruises announced that John Padgett would become the new president of Princess Cruises (one of Carnival’s main cruise line brands), overseeing all performance and operational functions of the brand and its fleet of 14 ships. Padgett is also the chief experience officer for Carnival, and has wide remit when looking at the evolving passenger experience.

Padgett has long been considered an influencer within the cruise community when it comes to the connected experience. He has been an architect in the work that Carnival Cruises has done with SES, and bringing cutting edge connectivity experiences to passengers.

In this interview, Via Satellite talks to Padgett about his recent promotion, the role of satellites in the future of cruising, and what happens next between the relationship between the satellite industry and major cruise companies such as Carnival. 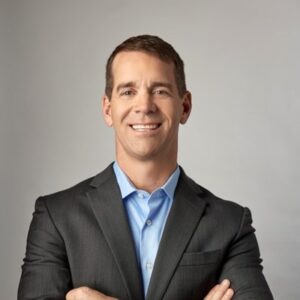 VIA SATELLITE: Where is the cruise industry in terms of getting back to normal? What are the key challenges as related to the role at Princess Cruises?

Padgett: It is actually very encouraging and exciting. It is effectively gaining momentum each and every month as we move ships systematically back into service. On average, we’re returning one ship per month back to service. We will have eight ships of the Princess fleet, roughly 50%, back in service by the end of the year. We will completing the rest of the fleet in the springtime. It is like a snowball. Every week, every month, the snowball is gaining scale. The bigger it gets, the more confident you feel you will get back to your prior form. We are very excited about that.

VIA SATELLITE: Congratulations on your new role. What are the key challenges with this new role as the cruise industry is ramping back up?

My new position as president of Princess Cruises is really an expansion of my role. We have been an integrated partner with the brand over the past six years. Jan Swartz, who previously led the brand, is now group president. We are already perfectly aligned on strategy, as well as the execution and the experience. Which makes for a seamless transition. We will gain momentum. We are coming back with the MedallionClass Experience on every single Princess ship, and that includes Medallion.Net. This is clearly the best connectivity at sea.

VIA SATELLITE: It seems customers are even more demanding now when it comes to connectivity than they were pre-pandemic. Are you seeing this with cruising?

Padgett: MedallionNet has been a staple of the MedallionClass Experience since 2017. So, when you think about that, it’s been a four- to five-year effort to enable fleetwide, ubiquitous connectivity on a standardized infrastructure model that allows us to maximise the performance for both guest and crew. That was the strategy before COVID. Now in the somewhat post-COVID world, everyone’s expectations have step functioned — I am not sure what people will do who have not been working on it for that long. We had a long-term strategy that happened to be played out and completed just at the right time. Now, all guests, all crew, all business functions are connected, all of the time. We are now prepared for that.

VIA SATELLITE: You said on one of our digital events that you need as much bandwidth as the industry can provide. Can we quantify that a bit more in terms of actual bandwidth you need?

Padgett: It is Moore’s Law. In 2015 to 2016, beaming 100-200 Mbps to a ship was astounding. When we left service in early 2020, we were around 300-400 Mbps. Looking forward, we will see 800 Mbps on the horizon. I don’t think there is any limit. Once connectivity becomes ubiquitous, it becomes an enabler of everything. This is completely different from the prior cruise model where connectivity was an amenity. When it is an amenity, there is a certain amount of bandwidth that you are valuing against what someone is willing to pay for that amenity. For Princess MedallionClass, our strategy was that connectivity was a ubiquitous enabler of every single thing you do. Value is created in many more places then as it relates to selling the hotel amenity component of it. I see no limits to bandwidth and the value created from having infinite bandwidth.

VIA SATELLITE: In 2023, how much bandwidth might you need for a new Princess ship?

Padgett: Let’s stick with Moore’s Law. We are talking 1 Gbps plus.

VIA SATELLITE: Aside from adding new bandwidth, what is the next evolution of your connectivity strategy?

Padgett: My advice to people that are just beginning the journey is that it is actually not about the bandwidth, but about the entire ecosystem, and the efficient use of that bandwidth. I think that if cruise operators throw bandwidth at a ship with sub-optimal networks, distribution, and antennas, sub-optimal configurations and applications — on top of running bandwidth inefficiently, you are wasting money on the bandwidth. Chasing bandwidth is a fool’s game unless your holistic ecosystem is synchronized and harmonized at every level for high performance.

To make an analogy, take a Formula 1 race car. It has incredible performance and it must be holistically tuned to a very high level of precision. Any variation in that precision can end up being a waste of money. That is what can happen when you acquire bandwidth without having your entire machine tuned.

What is now for us and next for most, is complete intelligence always available on every aspect of the ecosystem. That is whether you are talking about your networks, access points, antennas, modems, linkages, bandwidth, power budgets, satellite positioning etc. All of that has to be harmonized collectively to maximize that performance. Until you are capable of doing that, adding orders of magnitude of bandwidth is not an efficient use of funding.

VIA SATELLITE: One of the big conversations in the satellite industry, particularly at SATELLITE 2021 has been about open standards and for companies not to have to change equipment all the time. You talked about a holistic ecosystem just there. Do you think the industry is providing this holistic approach that you need?

Padgett: No, they are not. I think the industry remains distracted by bandwidth and cost per megabyte. That is a distraction from accepting connectivity as a fundamental enabler of your business and then working out how every part of your business ecosystem, which is the people that work for the cruise brands themselves, as well as satellite operators and owners, can put together a holistic model that maximizes the performance.

VIA SATELLITE: Do you believe the satellite industry gets it, in terms of your needs here?

Padgett: I don’t think the satellite industry is to blame. I think the intersection between the end point, the operators and viewing connectivity as a commodity is the driver behind the conversation to deviate from the strategy back to the traditional way of looking at it. Until you modify your strategic valuation models. If you are using the same financial models, it will drive you to the same decision points. It is not the satellite industry’s fault, or the consumer brand’s fault. It’s the clog at that intersection, and it takes leadership at that intersection to change that conversation.

VIA SATELLITE: Is it difficult to invest in expensive connectivity projects considering the financial hit the industry has taken over the last two years?

Padgett: It’s all relative. With the cruise industry, your physical asset base is substantial. These smart cities are amazing machines. From my vantage point, the connectivity in communications over the year has changed its relative priority within that trade-off decision. No asset can have an infinite investment. Is a new restaurant more important than ubiquitous connectivity? Historically, connectivity was seen as an amenity, so you may well have invested in the restaurant. But, now connectivity from a consumer perspective is fundamental. It elevates and changes your decision matrix. It is just about how its relative importance begins to increase in the guest experience and the business model.

VIA SATELLITE: Were you able to do things during the pandemic that perhaps you would not have been able to do if all the ships had been running constantly?

Padgett: Most definitely. We achieved our objective. In the next couple of months, the entire Princess fleet will offer the MedallionClass Experience, which means every ship leverages MedallionNet, which means that on any Princess itinerary you sail, anywhere in the world, you will enjoy land-like connectivity. That is a big, strong statement, and it really makes guests very comfortable – especially repeat guests who’ve experienced it. It takes stress out of the vacation, because you know connectivity is going to be fast, easy, and affordable. This is a big deal. You can connect to friends and family, or you can connect to your business as necessary. In the post-COVID world of completely flexible work environments, that is going to open up market opportunities for cruise, specifically Princess Cruises, as we can promise that you can bring your work with you and stay connected.

VIA SATELLITE: What percent of Princess Cruise passengers will be connected in 2022?

Padgett: The target continues to evolve. As it relates to connectivity, we are up to one-to-one ratio – which means there is a connected device for everyone on the ship. When we reel back the time clock to 2015, only 20% of guests [were connected]. In 2015, just one in five guests were connected. Now, we are one-to-one, which means every guest and crew member.

VIA SATELLITE: Have you had any further thoughts on Low-Earth Orbit (LEO) technology? We know you are happy with SES’s combined infrastructure with Geostationary Orbit (GEO) and Medium-Earth Orbit (MEO). But, how do you rate this technology?

Padgett: We want them to progress LEO. Distance matters, and I could not be more excited for that competition. I do think it is quite a few years away before there is a global LEO constellation to service a truly global brand in the maritime environment. Achieving that involves is an extremely demanding engineering feat. You have to solve engineering challenges and then make it economical. I hope that will manifest itself in years to come. I think legitimately for the cruise industry, it is still quite a few years away.