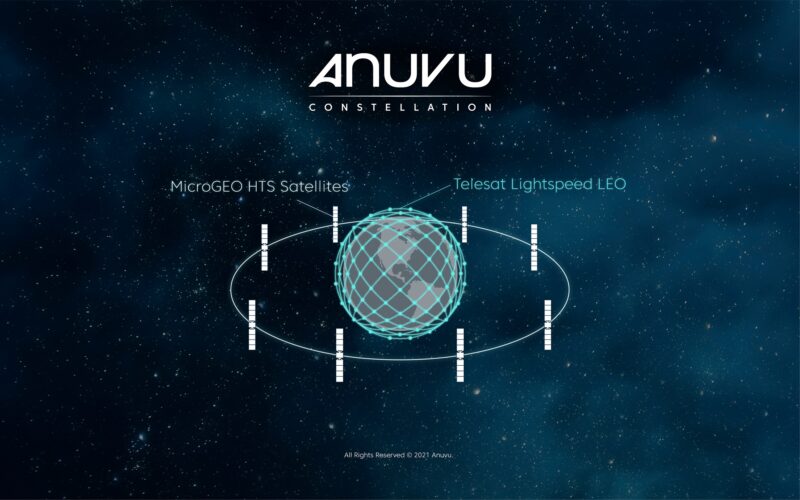 Anuvu announced Tuesday that the companies are targeting launch for two MicroGEO satellites in early 2023, with six more to follow. These first two satellites will provide connectivity for Anuvu’s aviation and maritime customers over North America and the Caribbean. Anuvu said the first mobility customers to benefit in the North American and Caribbean regions will include Southwest Airlines, Disney Cruise Lines, and Norwegian Cruise Lines.

Astranis is both a satellite operator and manufacturer, and is manufacturing MicroGEO satellites for its broadband constellation. The satellites are one cubic meter and under 400 kg. Astranis said they can be built in months.

Anuvu said in a statement to Via Satellite that the company is “buying full control of the communications payload on board each of the satellites in the constellation, but for now Astranis will manage the Telemetry, Tracking and Command (TTC) functions and all the licensing needed to launch and operate the satellites in orbit.” This is the same model used for the Eagle 1 satellite.

Anuvu said this constellation will complement its existing connectivity infrastructure and provide a hybrid network across orbits that delivers optimized solutions to customers. This network model will also include Telesat Lightspeed, as Anuvu recently completed network testing with Telesat’s demonstration satellite.

“We aim to expand our connectivity network in a way that is scalable and agile for our mobility customers” says Josh Marks, CEO, Anuvu. “Astranis and its MicroGEO satellites will offer Anuvu customers freedom from decades-long contracts or outdated legacy systems. Most significantly, they are quick to market, have a mission life of seven to ten years, and can be controlled and updated from the ground, enabling our mobility clients to pivot their business model as new technology is introduced.”

Editor’s note: This story has been updated with comment from Anuvu on the constellation’s owner/operator structure.