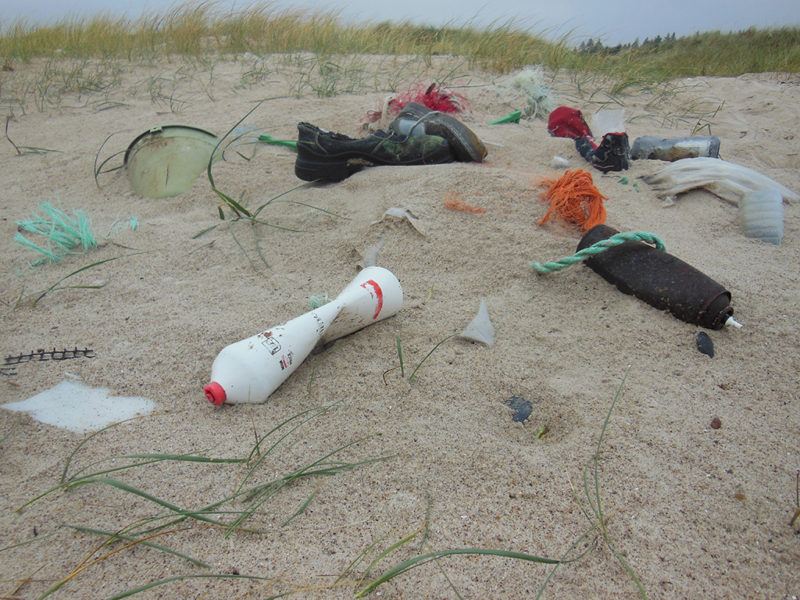 Beached plastic debris on the island of Mellum. Photo: Globalstar.

Globalstar Europe Satellite Services announced that Spot Trace and Globalstar satellite communications are helping researchers at the University of Oldenburg in Germany better understand and combat plastic pollution in the North Sea. A team from the university’s Institute of Chemistry and Biology of the Marine Environment is studying the movement of floating plastic pollution to get a clear picture of the drift patterns.

Using modelling tools to analyze complex ocean currents at the surface, the team can study the movement of waste on the ocean. The University’s 3D computer simulation programs use the data from the Spot Trace devices, including depth and wave height, to understand and predict surface drift behavior as well as how debris travels in the water column and on the sea floor.

Researchers are striving to help authorities establish regulatory frameworks and legislation that will encourage organizations, and the general public, to pollute less. Additionally, the ability to predict the movement of pollutants as they travel and wash ashore can help clean-up operations to be more targeted and efficient.