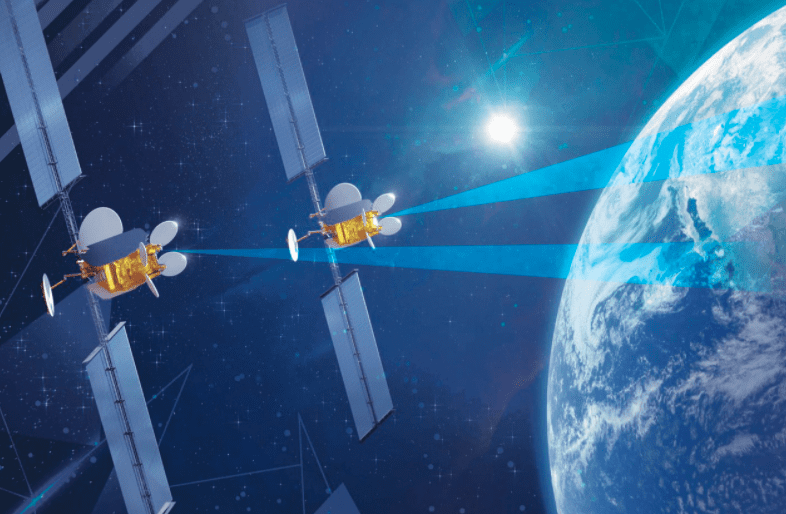 The 20kW-class OneSat solar arrays will be more than 18 meters long when deployed in an accordion-folded flexible solar array blanket. This system is based on Northrop Grumman’s lightweight Compact Telescoping Array (CTA) design, which was developed for missions that require extremely compact stowage volume for spacecraft launch while remaining lightweight.

Northrop Grumman said the CTA design creates enough space to allow for three full spacecraft to be launched on a single rocket.

The announcement disclosed neither the financial details, nor the deadlines associated with the contract.