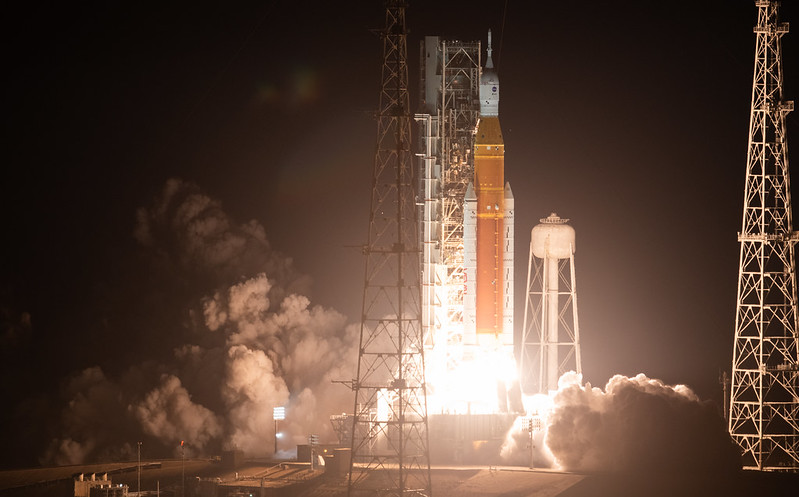 NASA successfully launched the Space Launch System (SLS) rocket early Wednesday morning in the Artemis I mission, earning launch heritage for the vehicle that has long been in development and delayed. The uncrewed Orion spacecraft is now en route to fly by the Moon, setting the stage for future missions to return astronauts to the Moon.

The mission launched at 1:47 a.m. EST from Launch Pad 39B at NASA’s Kennedy Space Center in Cape Canaveral, Florida. The Boeing-built SLS rocket carried the uncrewed Orion spacecraft, built by Lockheed Martin, which will serve as the exploration vehicle to carry future crew to space.

The mission’s objective is to demonstrate the performance of both Orion and the SLS rocket.

“What an incredible sight to see NASA’s Space Launch System rocket and Orion spacecraft launch together for the first time. This uncrewed flight test will push Orion to the limits in the rigors of deep space, helping us prepare for human exploration on the Moon and, ultimately, Mars,” said NASA Administrator Bill Nelson.

The Orion capsule separated from the rocket about 2 hours into the mission. Orion will now deploy ten cubesats for research and technology demonstrations. Then, using the attached interim cryogenic propulsion stage (ICPS), it will fly about 60 miles above the surface of the Moon at its closest approach. Orion is expected to fly by the Moon on Nov. 21. ICPS will then use the Moon’s gravitational force to propel Orion into a distant retrograde orbit, traveling about 40,000 miles beyond the Moon. For the return trip to Earth, Orion will harness the Moon’s gravity on the second close flyby, then return to Earth for a parachute landing off the coast of San Diego, California. 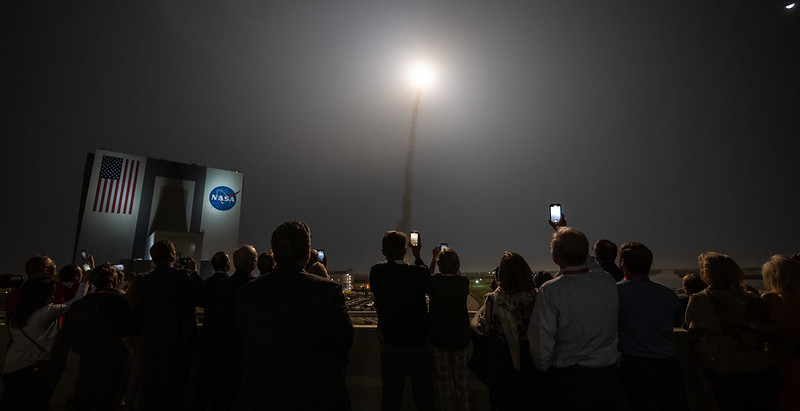 The long-awaited mission took place Wednesday after a number of scrubs and delays in recent months. Engineers previously rolled the rocket back to the Vehicle Assembly Building (VAB) Sept. 26 ahead of Hurricane Ian and two previous launch attempts were called off in late August/early September due to a faulty temperature sensor and a liquid hydrogen leak.

“Today, this country now has a super-heavy lift launch capability for the first time in 50 years,” said Jim Chilton, senior vice president of Boeing’s Space and Launch division. “This test flight was a demonstration of engineering innovation, and we are ready to support NASA and their international partners in returning humans to deep space exploration.”

“There is a renaissance in aerospace that is capturing the imagination of the next generation, and the Artemis launch is an exciting part of this. Space binds the world together, and today’s launch is also a vivid way to showcase the U.S. aerospace and defense industry’s contributions to advancement and discovery,” commented Aerospace Industries Association (AIA) President and CEO Eric Fanning.

Rep. Eddie Bernice Johnson of Texas, chairwoman of the Committee on Science, Space, and Technology, called the launch a “big step forward for human space exploration.”

“Thanks to the hard work of everyone at NASA and their partners, we are one step closer to achieving our goal of returning American astronauts to the Moon,” Johnson said. “Artemis I is an extraordinary product of American ingenuity and collaboration. Every state in the U.S. has had a part in helping to build Artemis, and their efforts will help to ensure we remain leaders in space exploration.”