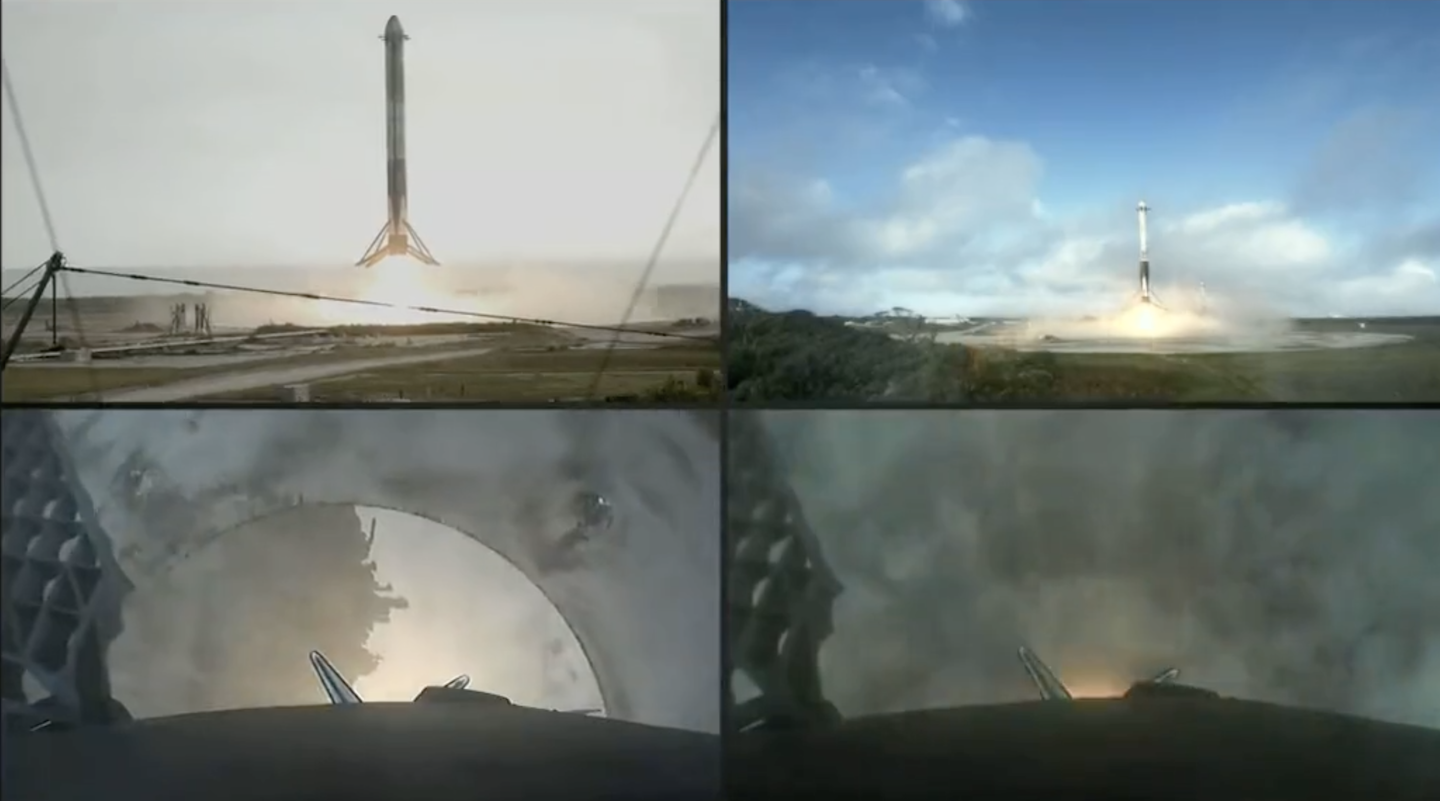 SpaceX lands both Falcon Heavy side boosters in the USSF-44 mission on Nov. 1, 2022. YouTube screenshot via SpaceX

SpaceX launched a Falcon Heavy rocket on Tuesday morning in a mission for the U.S. Space Force — the first Falcon Heavy mission in more than three years.

The Falcon Heavy took off from Launch Complex 39A (LC-39A) at Kennedy Space Center in Florida at 9:41 a.m. ET carrying multiple satellites on the classified USSF-44 mission. Heavy fog in Cape Canaveral obscured views of the massive rocket lifting off on the SpaceX webcast.

The rocket is the most powerful rocket in operation, equipped with 28 engines — 27 engines across three boosters, and an engine on the second stage.

The satellites were deployed directly to Geostationary Orbit (GEO). As the mission was classified, SpaceX’s webcast did not show views of the payload.

SpaceX successfully recovered the two side boosters, which both returned to land about 8 minutes and 20 seconds into the mission. SpaceX did not attempt to recover the center booster because of the fuel needed for the mission, Space Systems Command said in a release about the launch.

Tetra-1 is a small satellite created for various prototype missions in and around Geosynchronous Earth Orbit. Millennium Space Systems said it designed, manufactured, assembled and integrated the satellite less than 15 months after contract award.

It was the fourth Falcon Heavy launch of all time, and the third operational Falcon Heavy launch. The rocket is the most powerful rocket in operation, with 28 engines — 27 engines across three boosters, and an engine on the second stage. The last Falcon Heavy launch was in June 2019,  Space Test Program 2 (STP-2), a mission for the U.S. Air Force with 24 government and civilian testbed payloads.