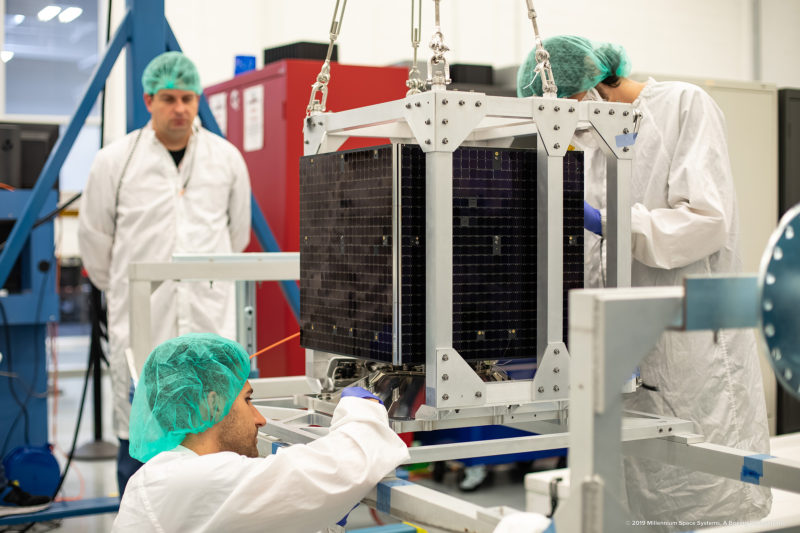 Millennium Space Systems, a Boeing subsidiary, designed, manufactured, assembled, and integrated the U.S. Space Force TETRA-1 satellite in 15 months, which the company said is 60% faster than previous missions. TETRA-1 is a microsatellite created for various prototype missions in and around Geostationary Orbit (GEO). It was the first prototype award under the U.S. Space Force’s Space and Missile Systems Center’s Space Enterprise Consortium Other Transaction Authority (OTA) charter.

The satellite has successfully completed its environmental and full functional tests after integration, and is now manifested on a SpaceX Falcon Heavy rocket for scheduled launch in late 2020. Millennium said in an April 21 release that most of the TETRA-1 components were completed with in-house capabilities, demonstrating that organically developed capabilities are a key enabler for executing programs on a tight schedule.

“The pace set on TETRA-1 from contract award through readiness to launch represents what Boeing does best for our national security customers,” said Mark Cherry, vice president and general manager of Boeing Phantom Works. “Our lean Millennium team was up to the task, building and delivering a fully tested and verified satellite in record time.”