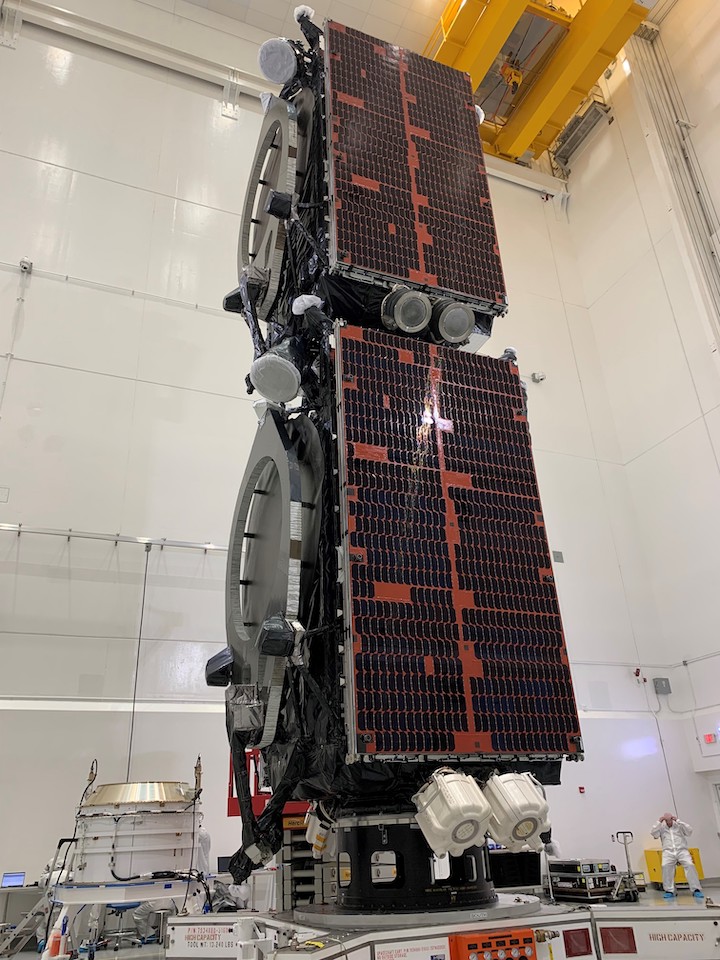 SES 20 and 21 mated ahead of launch. Photo: Boeing

Two SES C-band satellites — SES-20 and SES-21 — have been delivered and mated ahead of their upcoming launch.

SES ordered the 702 small platform satellites from Boeing in June 2020 as part of its C-band spectrum clearing efforts, and these are the first satellites Boeing has delivered since early 2020.

“The delivery of SES-20 and SES-21 marks yet another big milestone for our C-band spectrum clearing project in the U.S.,” commented SES CTO Ruy Pinto.

The satellites went through environmental testing at Boeing’s satellite factory in El Segundo, California, including vibration, thermal vacuum, electromagnetic interference and acoustic testing. The satellites will be encapsulated in their payload fairing for launch. They have been integrated into a dual-launch configuration platform built by Boeing.

“SES-20 and SES-21 are the first commercial satellites we’ve delivered since the start of the global pandemic,” said Ryan Reid, president of Boeing Satellite Systems International. “It was challenging, but we found ways to be responsive to emerging customer demands and timelines. As a result, we went from contract signing to delivery of two satellites in little over two years.”