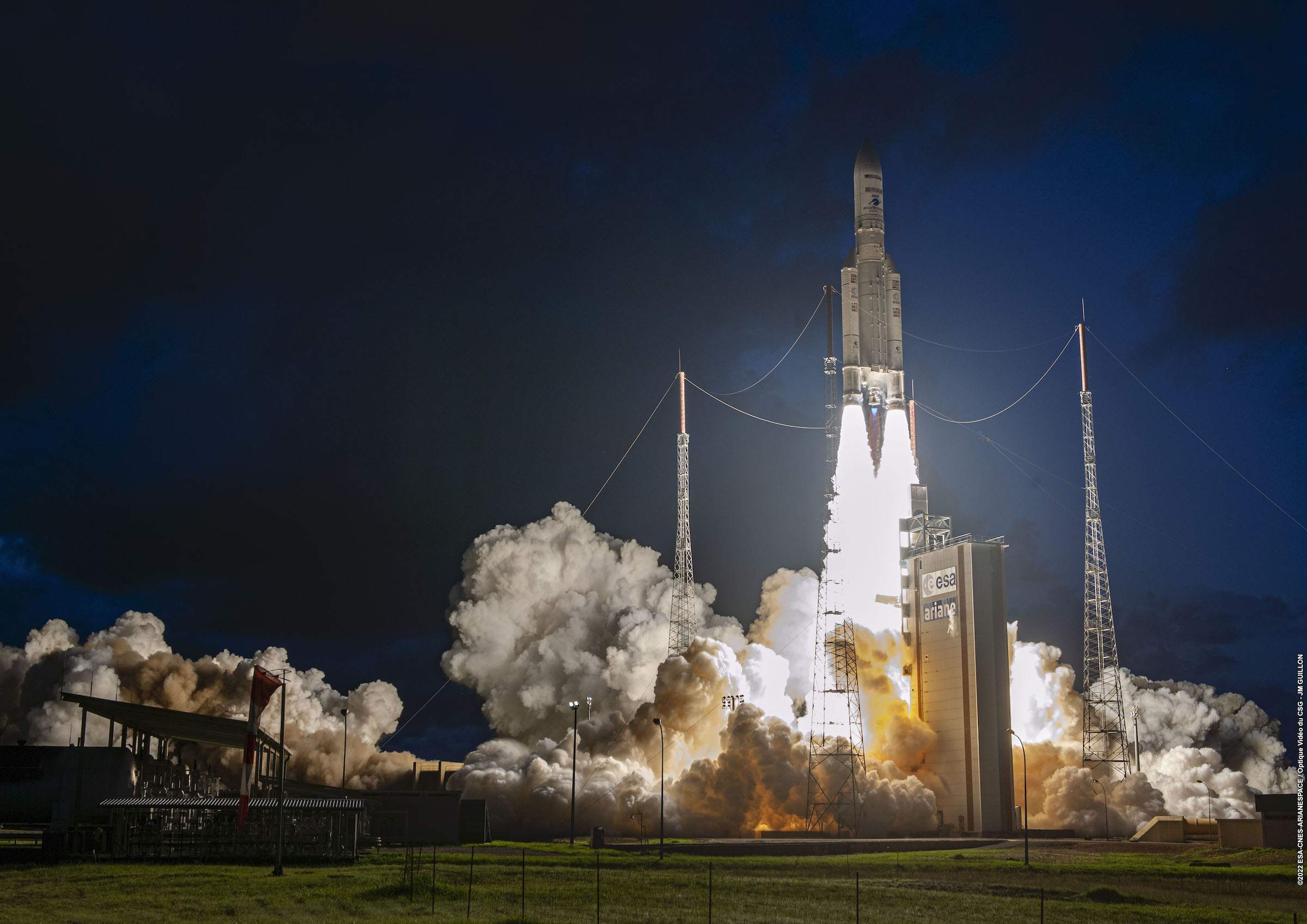 The Ariane 5 launch took off from the Guiana Space Center on Wednesday at 6:50 p.m. local time. Total payload capacity was 10,863 kg. The mission lasted just under 40 minutes. MEASAT-3d was deployed 28 minutes 39 seconds into the mission, and GSAT-24 was deployed at 39 minutes and 57 seconds. Arianespace confirmed both customers separated successfully.

MEASAT-3d has C- and Ku-band payloads for direct-to-home (DTH) broadcast services and a high-throughput Ka-band payload with multiple user spot beams for high-speed broadband.  The satellite also hosts a Q/V-band payload, the first of its kind in the Asia-Pacific region. This will allow Measat to study propagation effects in high rainfall regions like Malaysia, to enable the design of its next generation satellites. The satellite will be co-located with MEASAT-3a and MEASAT-3b at the 91.5°E orbital slot.

GSAT-24 is a Ku-band satellite that will provide television, telecommunications, and broadcasting services in India. Capacity has been leased by Tata Play, Indian DTH company.

This was one of the final flights of the Ariane 5 rocket before it will be retired for the Ariane 6. The vehicle has been in service since 2003.