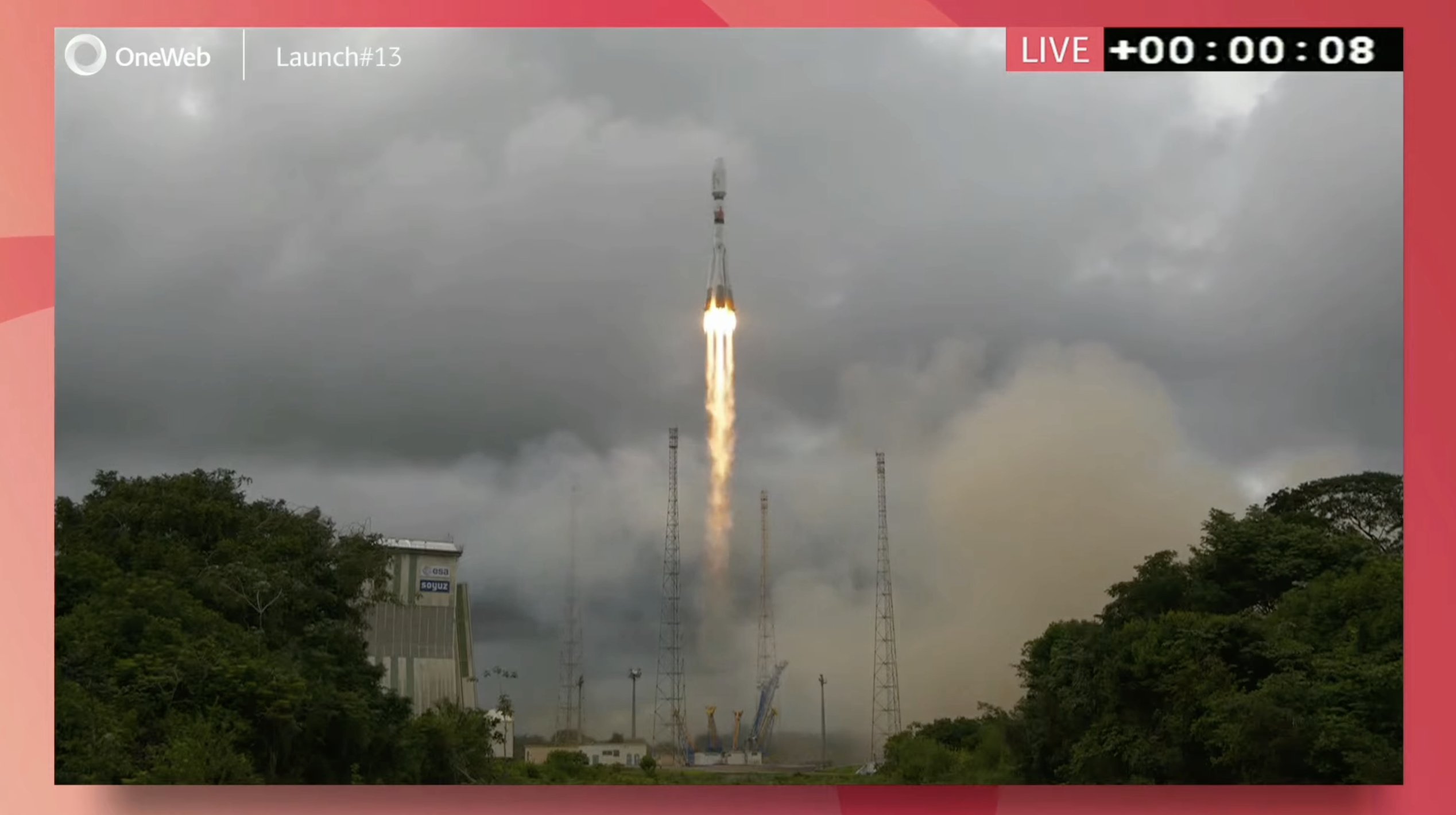 Arianespace launches mission for OneWeb on Feb. 10. Screenshot via Arianespace

Arianespace launched a batch of OneWeb satellites on Thursday afternoon in its first launch of 2022. An Arianespace Soyuz rocket took off from the Guiana Space Center, in Kourou, French Guiana, at 1:09 p.m. ET, carrying 34 OneWeb satellites. The satellites were deployed in a series of nine separation burns over a period of three hours and 33 minutes.

OneWeb confirmed signal acquisition with all 34 satellites after the launch. The satellites were released to near-Polar Orbit at an altitude of 475 kilometers and will raise themselves to their operational orbit after separation.  This mission brings OneWeb’s total fleet to 428 satellites.

OneWeb emphasized its focus on sustainable space operations in Thursday’s launch broadcast for Low-Earth Orbit (LEO) constellations like its own.

“For OneWeb, responsible space means responsible design of satellites, and responsible operation. It also means responsible removal of those satellites as we go forward. I think we are moving ahead of the industry on that and we have a leadership role to play,” OneWeb CEO Neil Masterson said in a video shared in the launch broadcast.

Also this week, OneWeb filed objections with the FCC in the U.S. to SpaceX’s second generation Starlink plan on sustainability grounds.

OneWeb has been ramping up its distribution partner network as the operator prepares to start global service later this year. Recently, OneWeb added satellite service provider Marlink to its partner network, and Australian rural and regional telecoms carrier Field Solutions Holdings (FSG), and Airbus to distribute services to European government and military markets.